Chicago is an amazing city to visit and I’m so grateful I was given this opportunity to jet off for work with a colleague. I had time to get lost in the city, explore and take plenty of photos. To say I only had one weekend and a few evenings I made the most of my time and managed to fit so much in. If you’re heading over to Chicago and need some inspiration for your todo list, look no further! I’ve listed the highlights of my trip including activities and food, all of which can be packed into 48 hours if you plan it right!

If you go to Chicago you have to visit Michigan Park to see the Bean. We were lucky and had a day with clear blue skies and managed to get some awesome shots of the skyline reflecting in the sculpture. The city looks incredible from the park also and is a lovely little walk. Unfortunately this area is always busy so it’s difficult to get any photos without people. 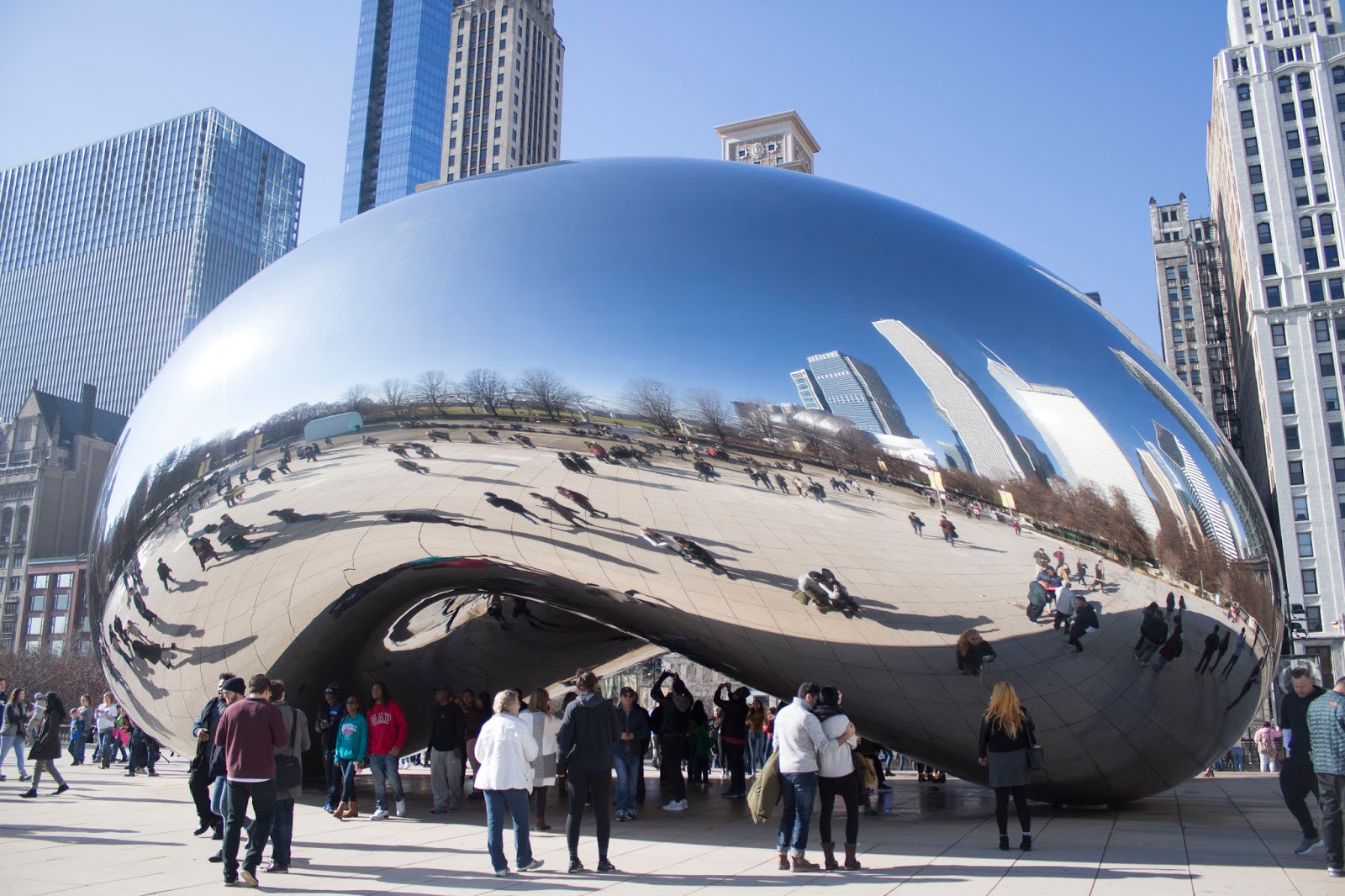 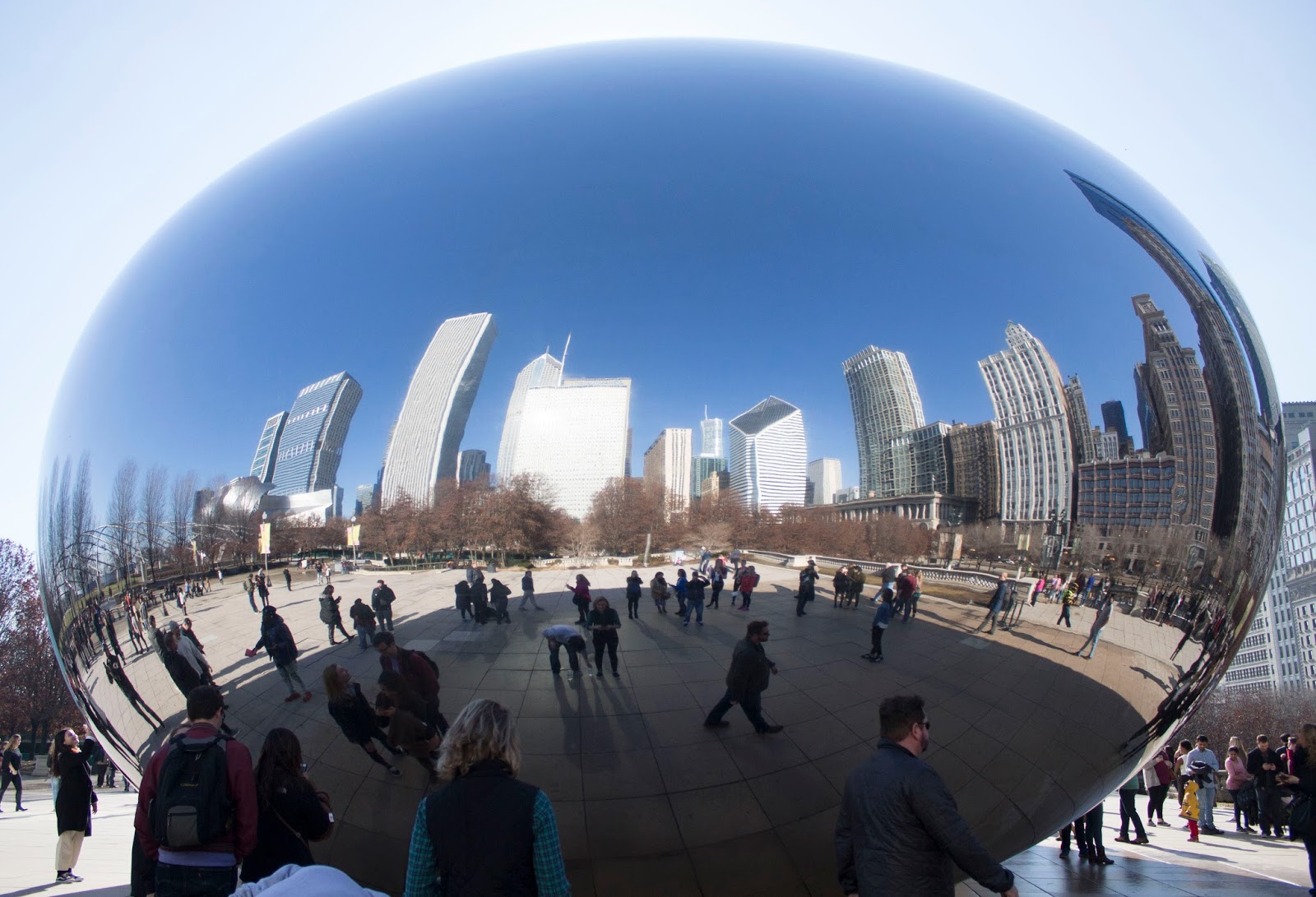 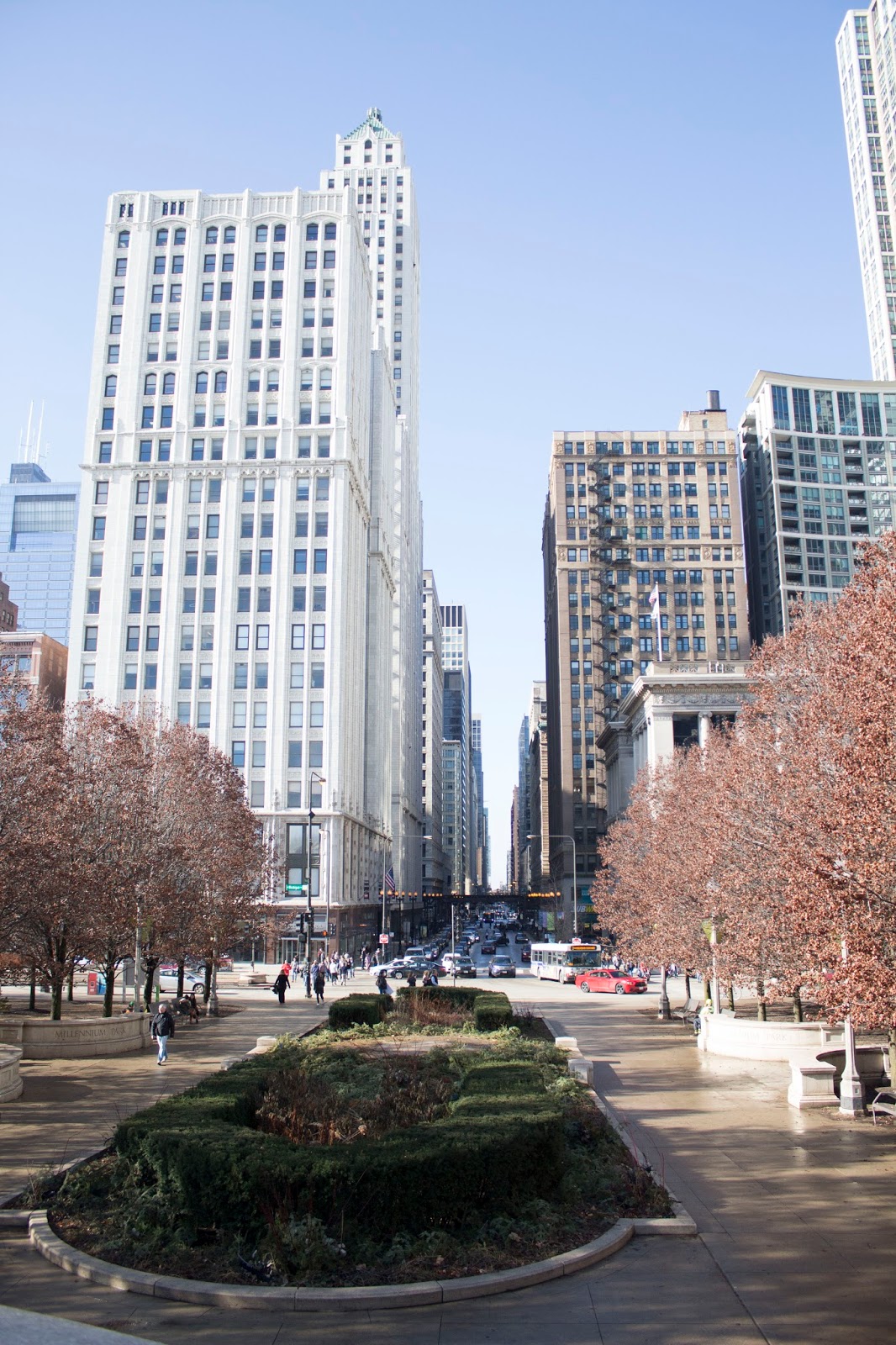 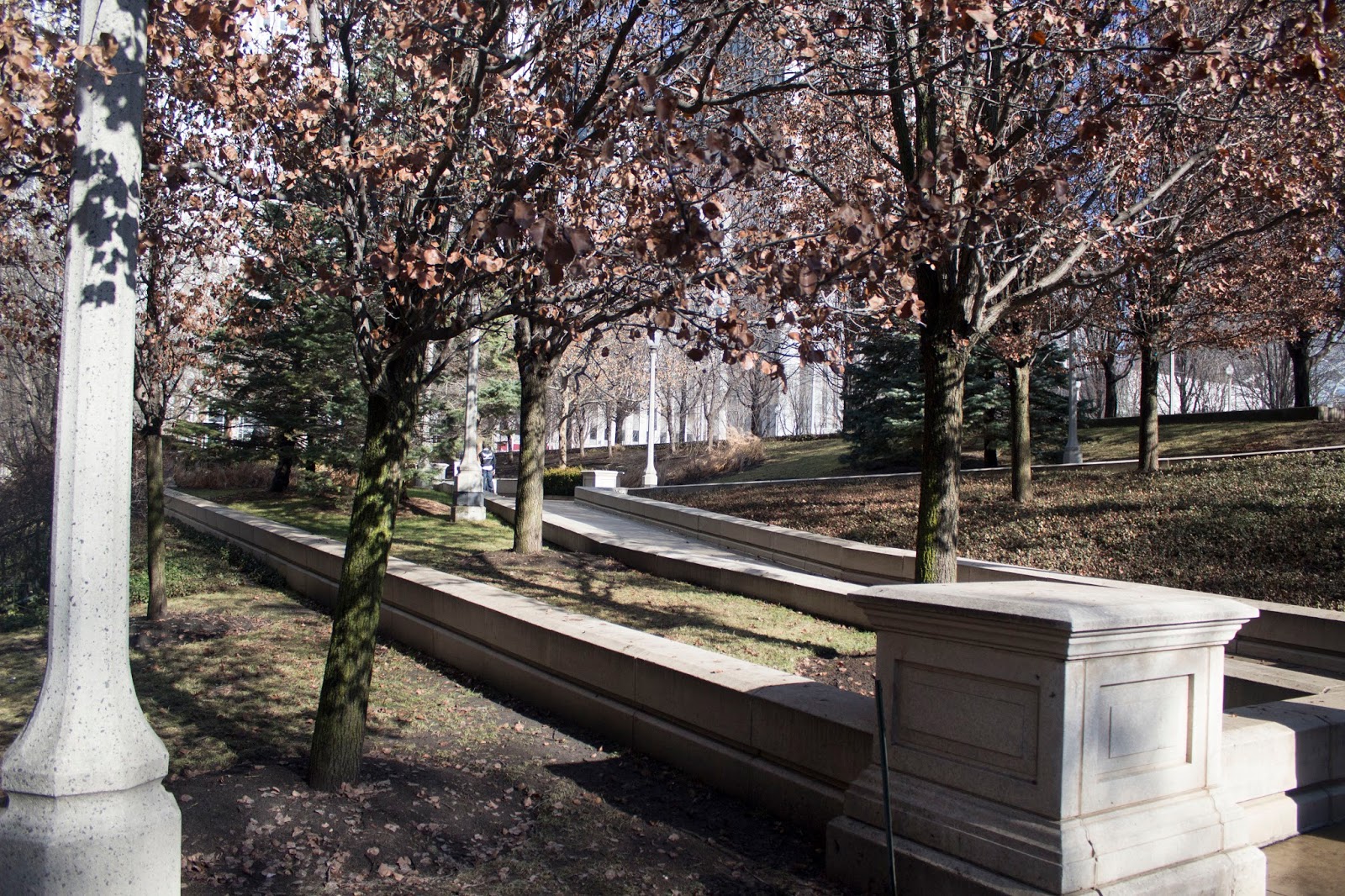 Originally we were going to visit the Willis tower (Sears tower to Americans) although our minds were changed as a colleague at the office recommended the James Hancock building. We were told it’s an amazing view and wasn’t disappointed when we reached the top. There are a few ways you can experience this view. Option one is pay $25 to go up to the top, option two you can go for lunch or drinks at the bar and not pay $25 just to go in a lift. We were going to have lunch although when we arrived they informed us the only option was bunch for $50 per person. I like bunch but not this much, we headed one floor up to the bar and had a few snacks and drinks. We got the best view seated next to the window, the skyline was incredible. 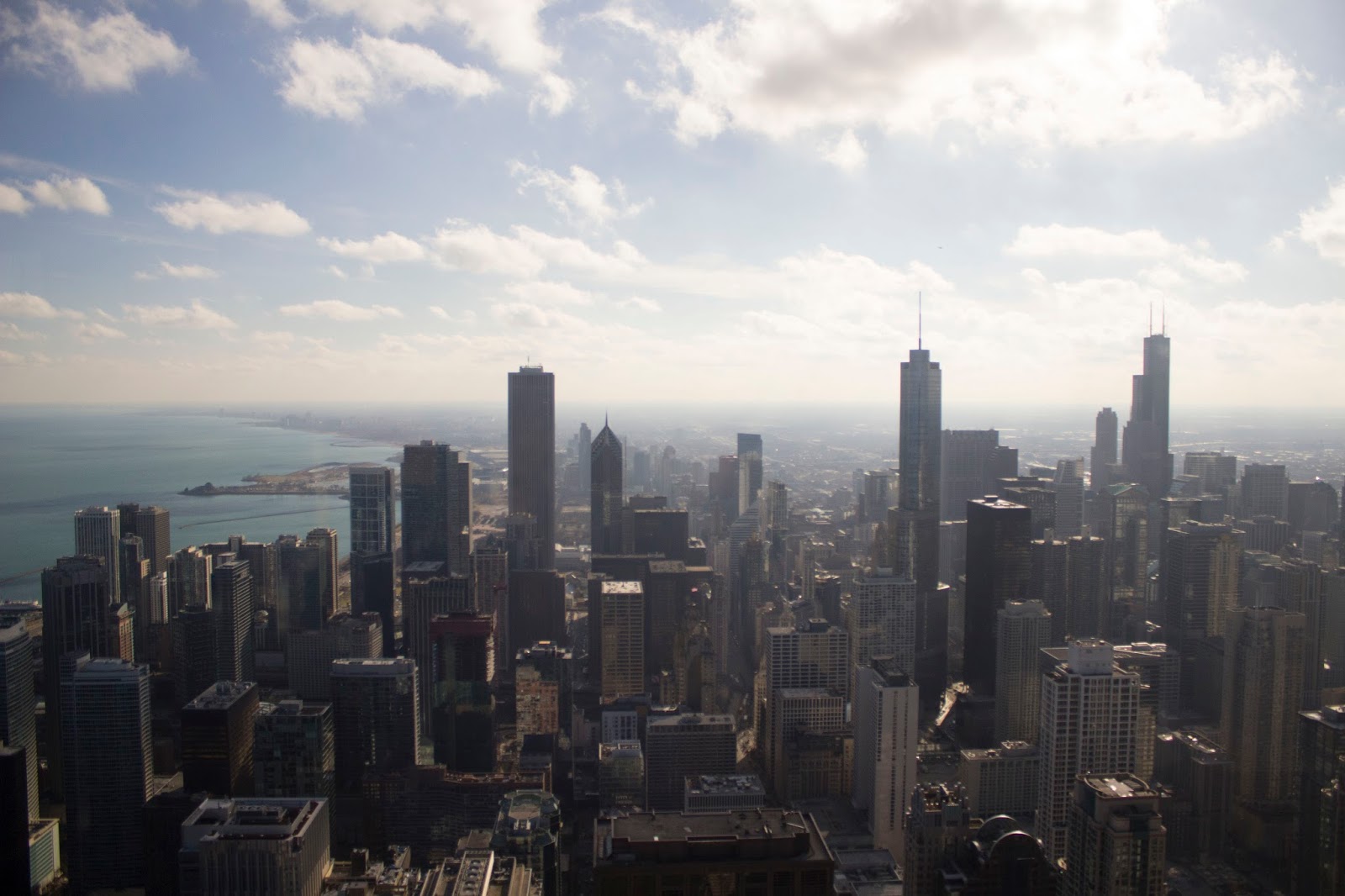 Navy Pier
Out of everything I did I would say that Navy Pier was the highlight of my trip. It’s such a beautiful place and for someone who loves photography it was perfect. I don’t know what it is about ferris wheels but I think they look great in photos and the fact its on a pier is even better! It was quite chilly and there was still ice along the pier, combined with the clear blue sky and crisp air it was an awesome day. 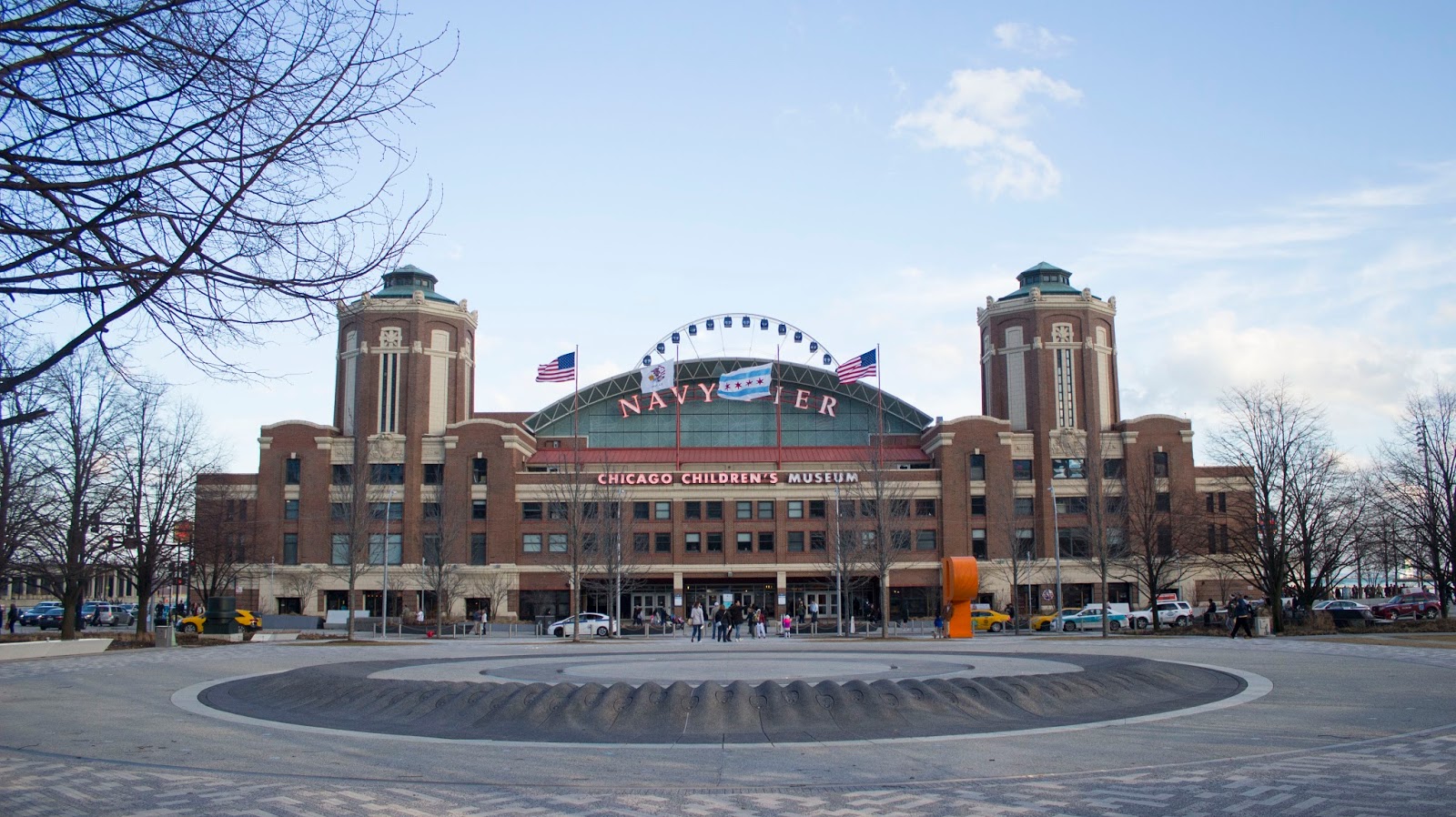 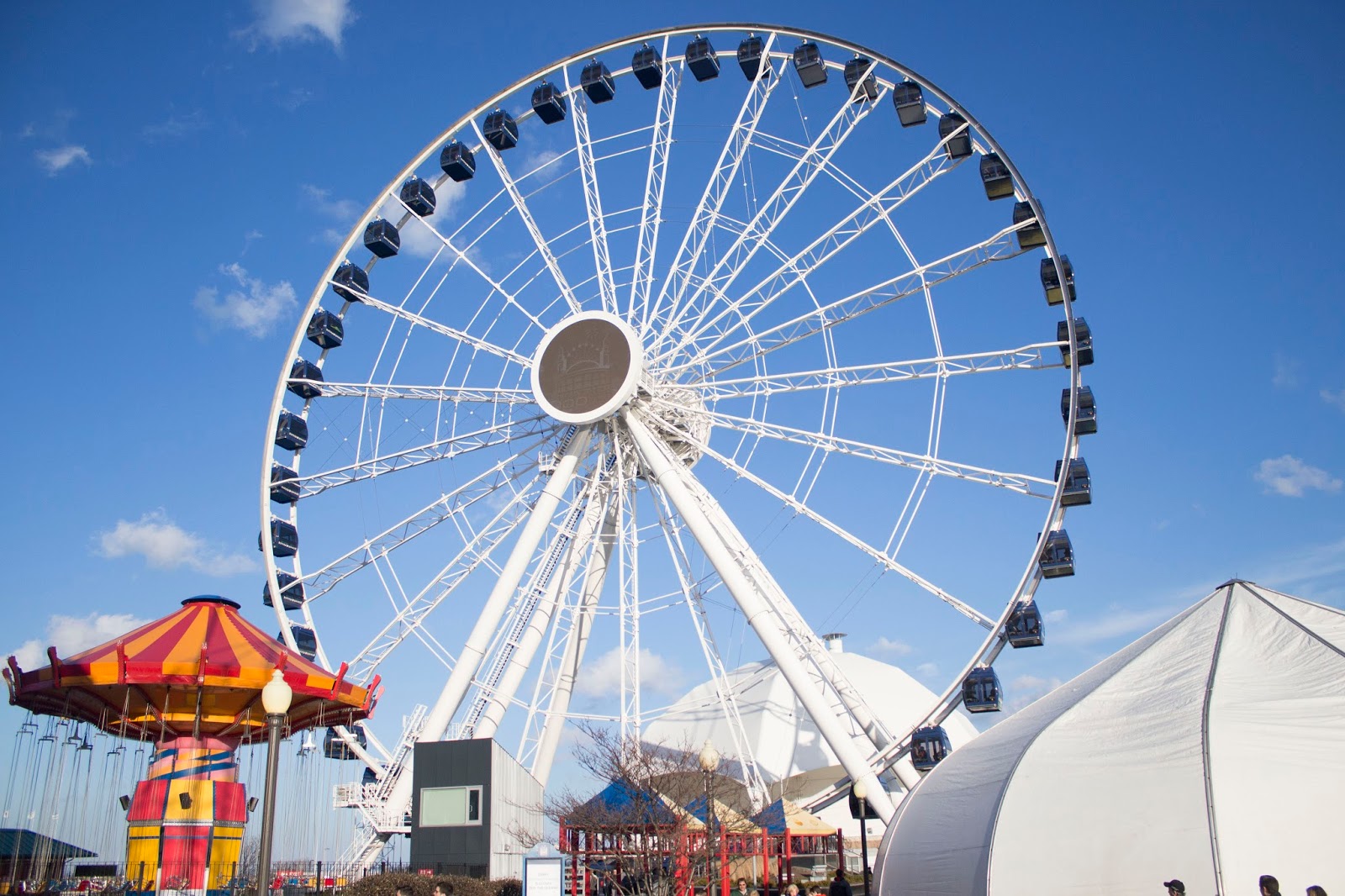 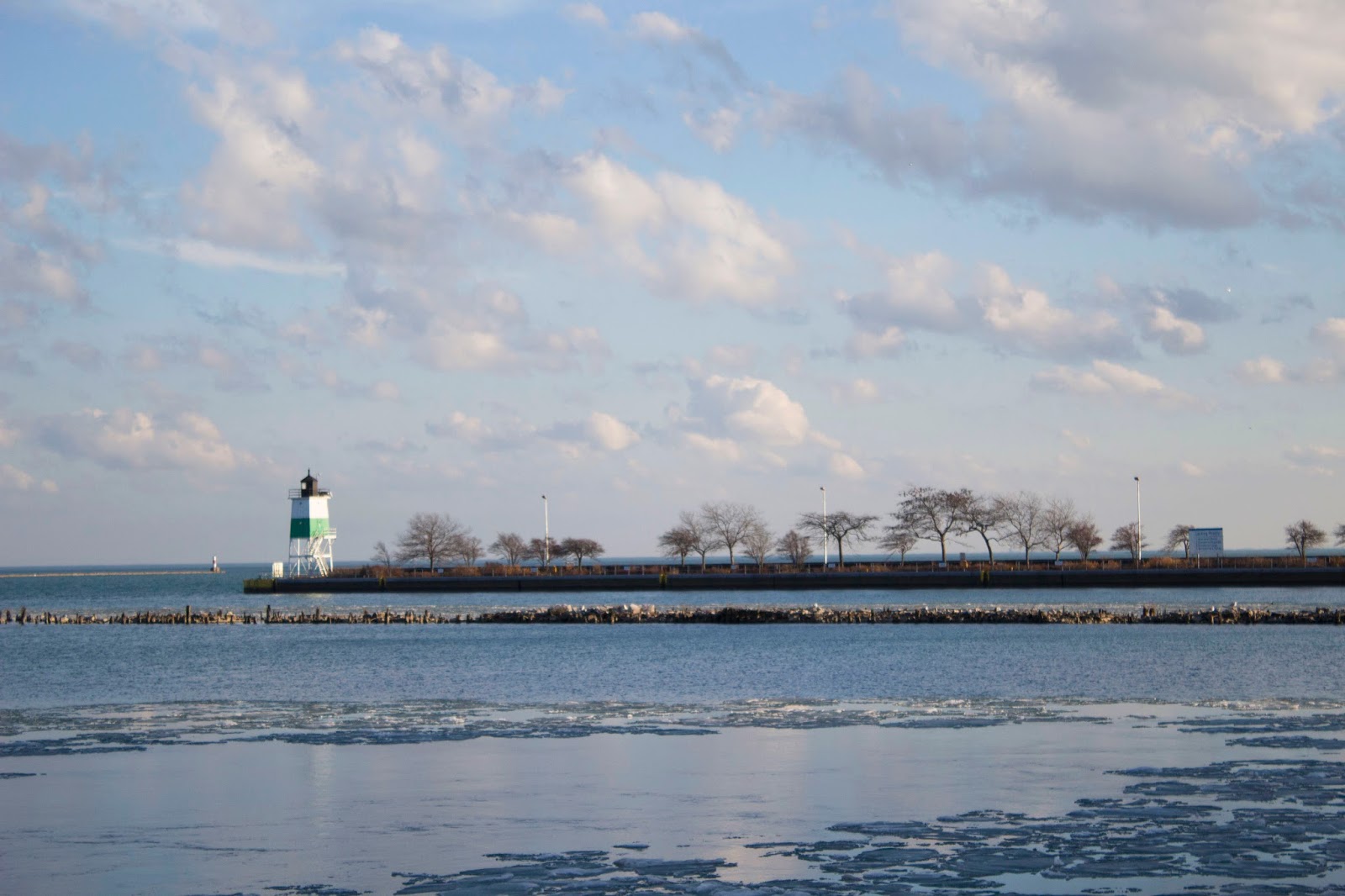 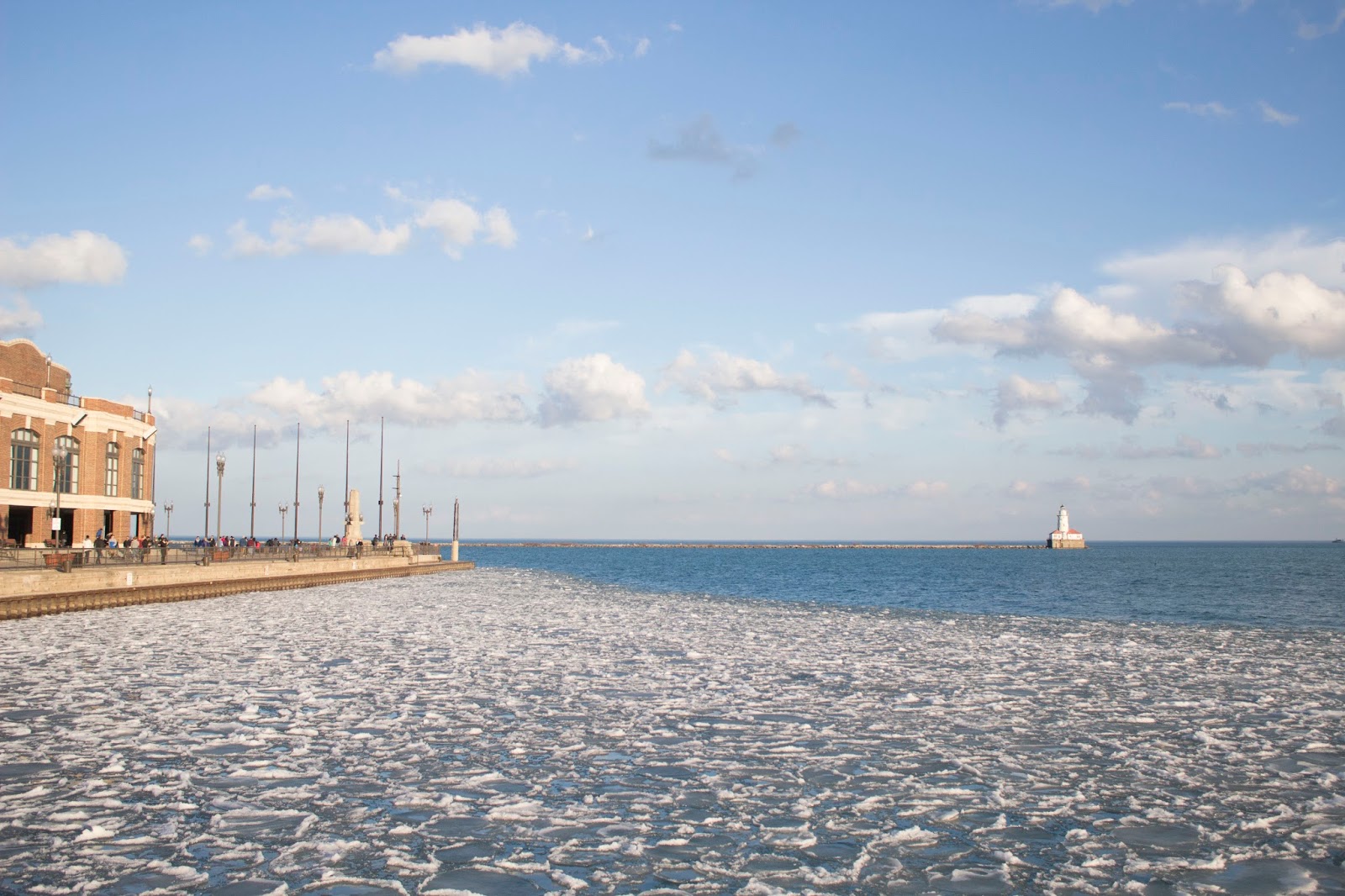 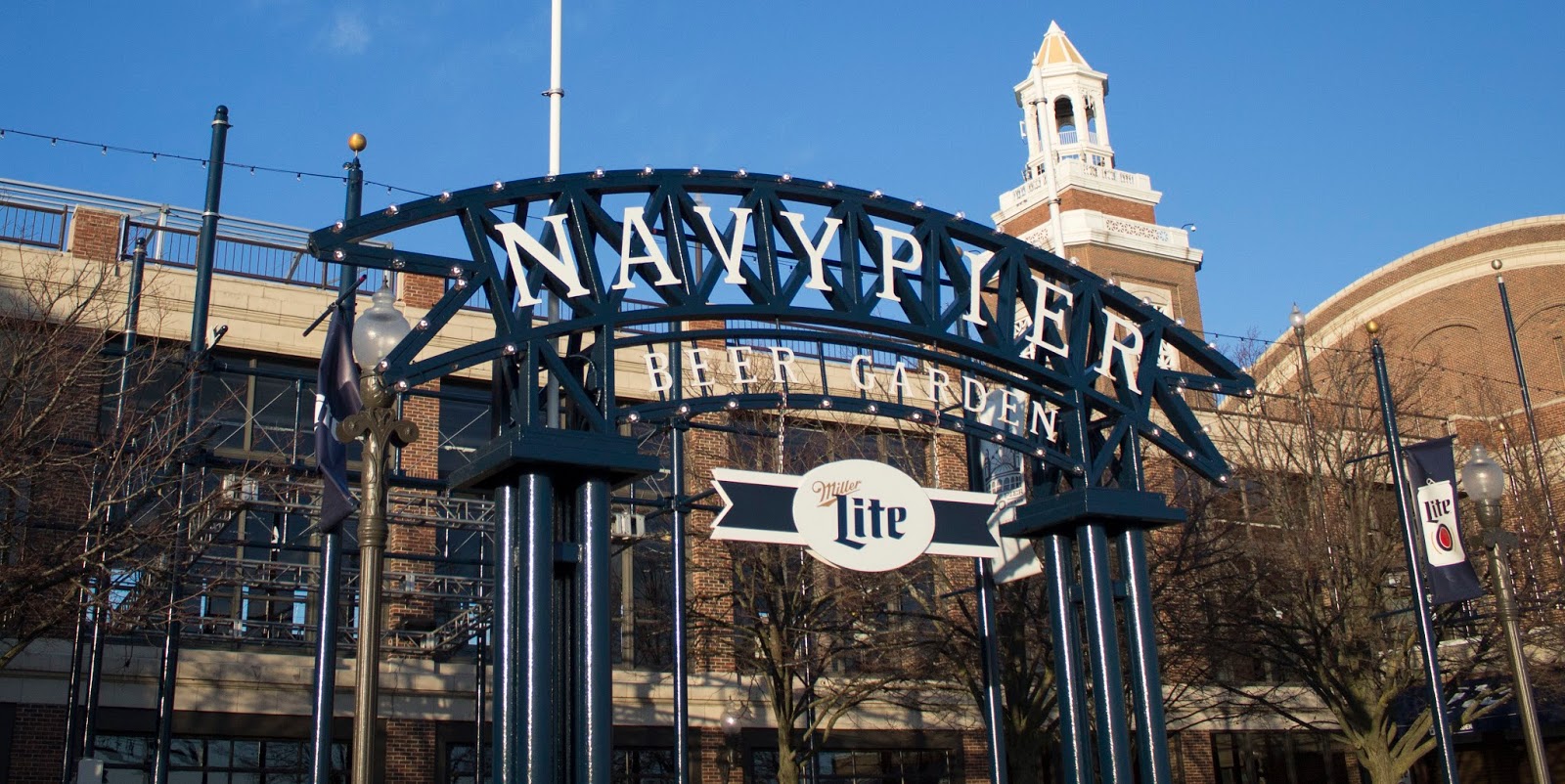 If you go to America and don’t see a sports
game whether that be basketball, baseball or ice hockey then you’re
missing out. Due to the time of year we could only see indoor sports. Some of
my colleagues in our Chicago office decided to go to a basketball game and
George and I were happy to tag along. What an amazing experience to see a real
American basketball game! During halftime we were still very entertained with
the cheerleaders, dancers and the mascot shooting t-shirts out of a canon. Luckily either the Basketball
or Ice Hockey will be on every other night so plenty of chances to
catch a game while in town. 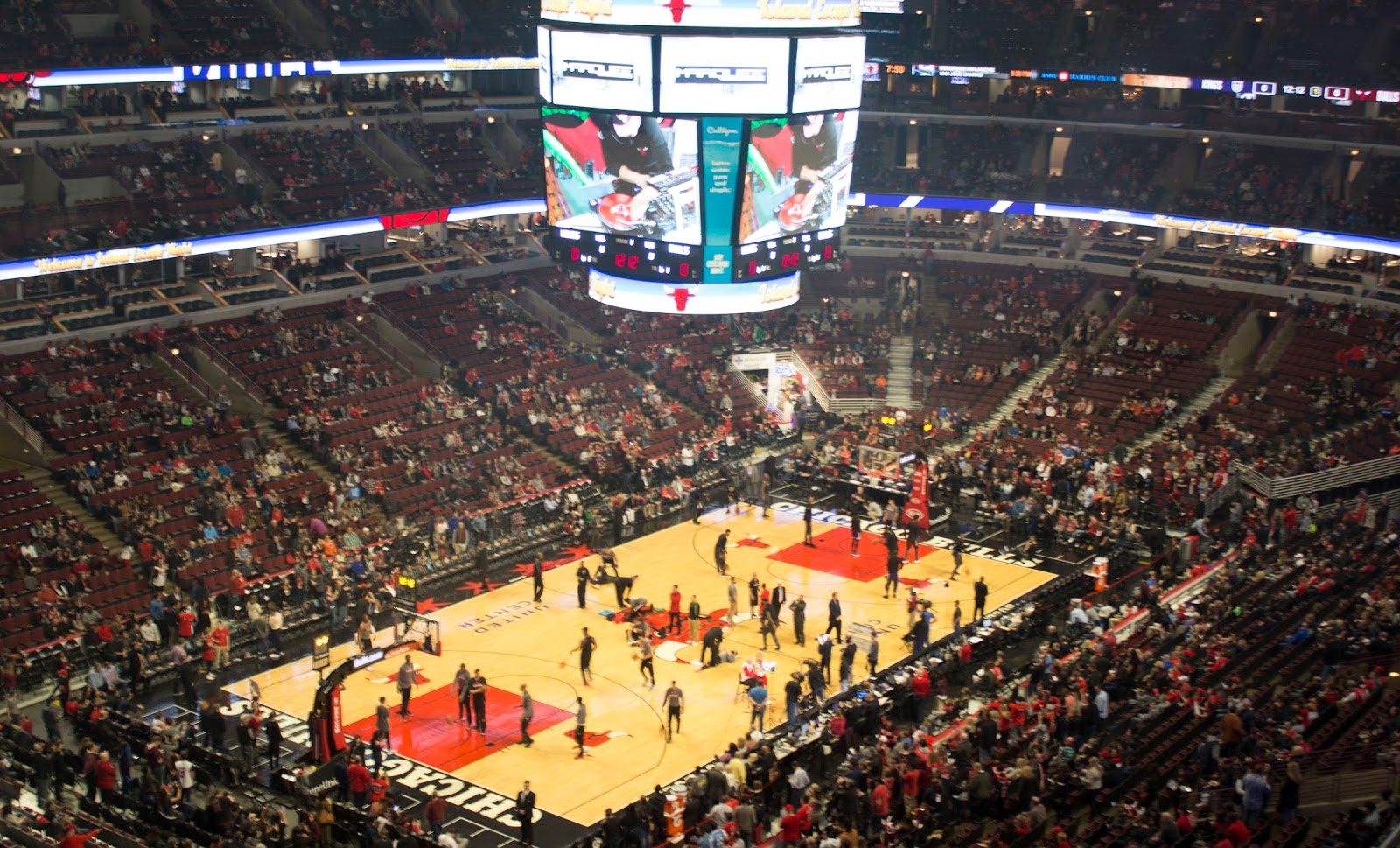 I’ve been told that Lincoln Park is a great place to visit while in Chicago, although in the Winter months its not as pretty as it would be in the summer. To be honest the park was very grey and gloomy, so I wouldn’t say this is a necessary trip to make, especially if you’ve only got a few days in Chicago. Just off Lincoln Park is the Zoo that is free to enter, there is plenty to cover so leave yourself with a good few hours to look around all the animals. We made a little friend while walking around, a squirrel felt the need to follow us as he thought we had food. You could tell he does this on a regular basis as he was on the chubby side! 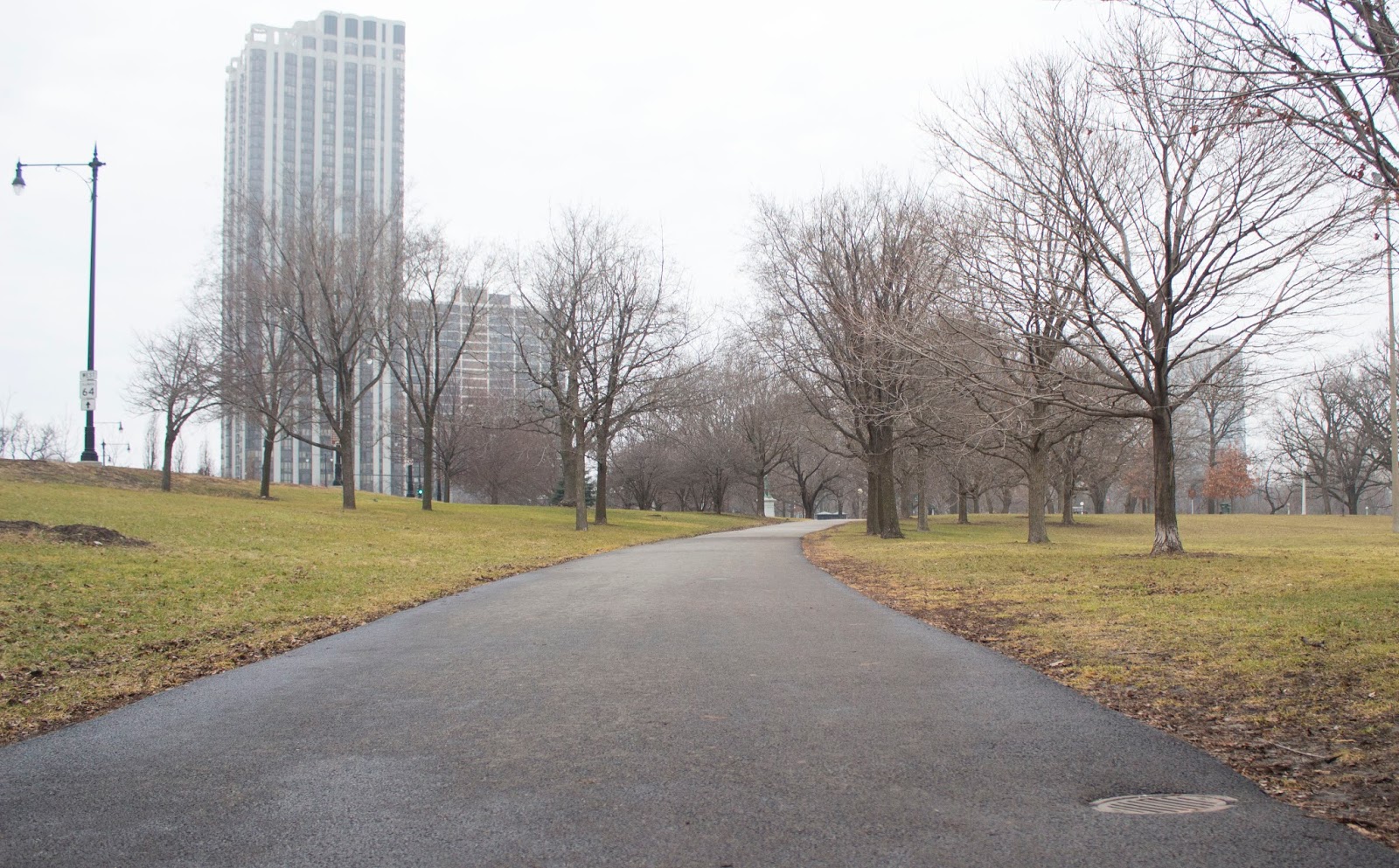 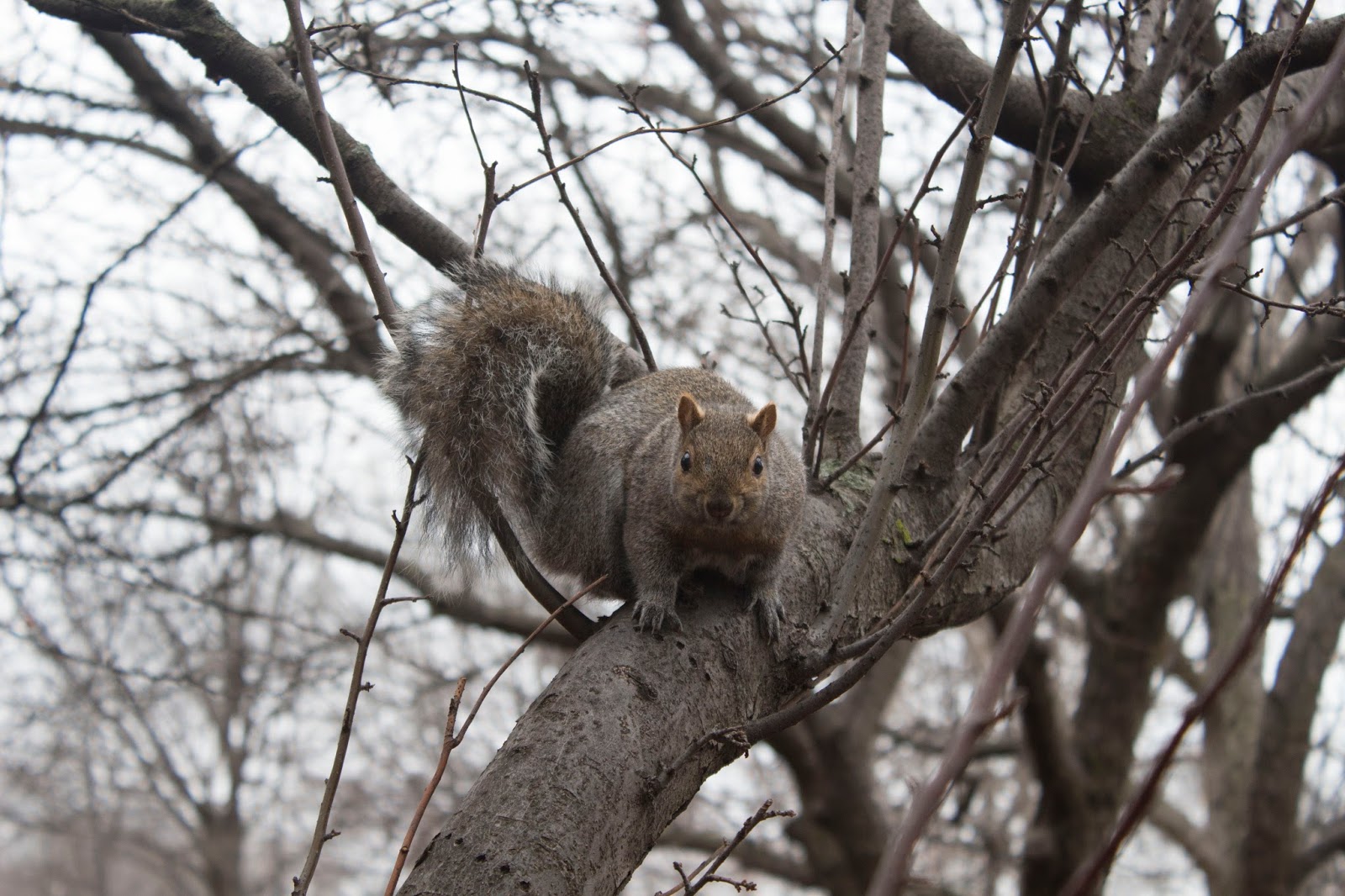 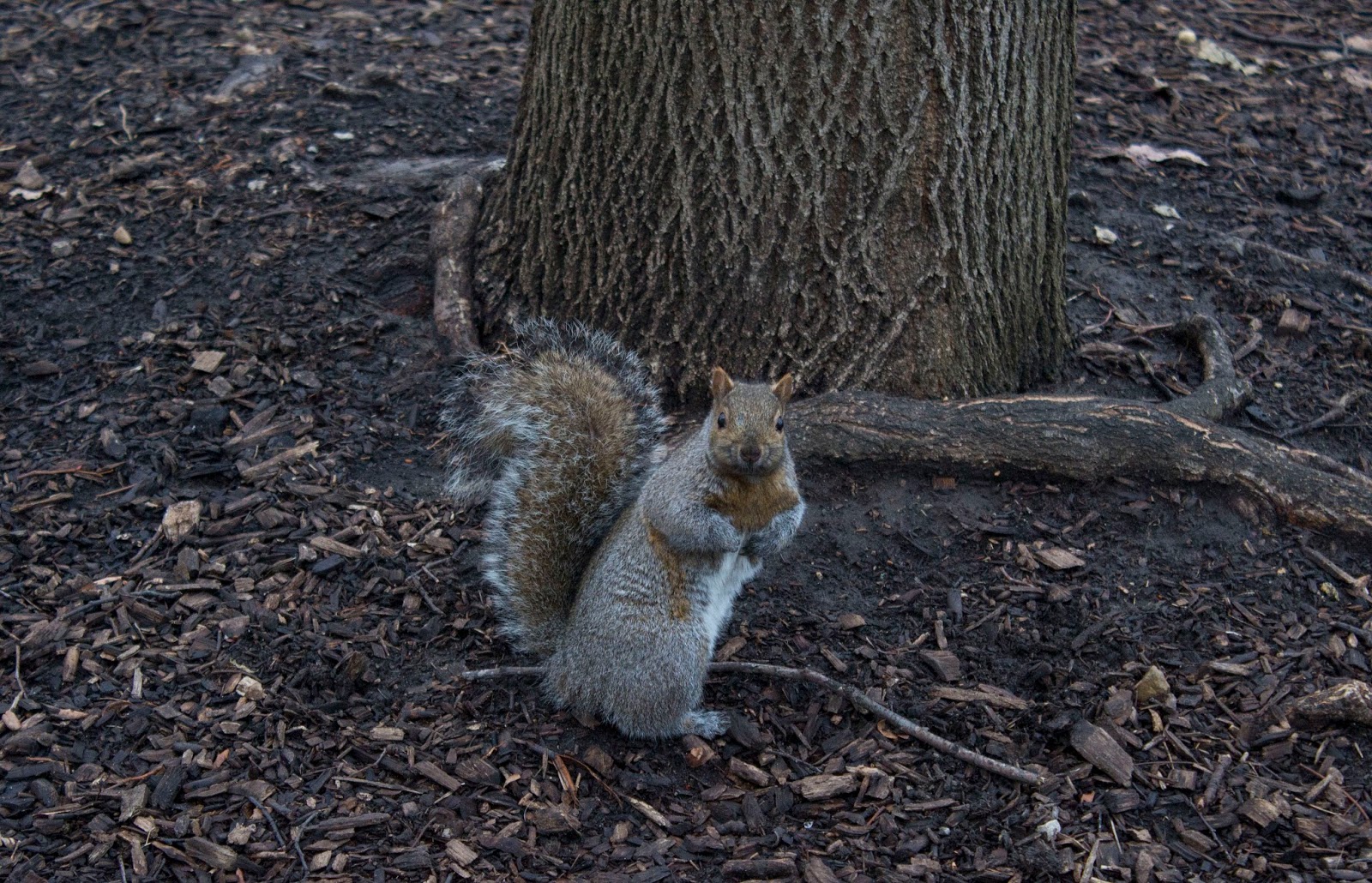 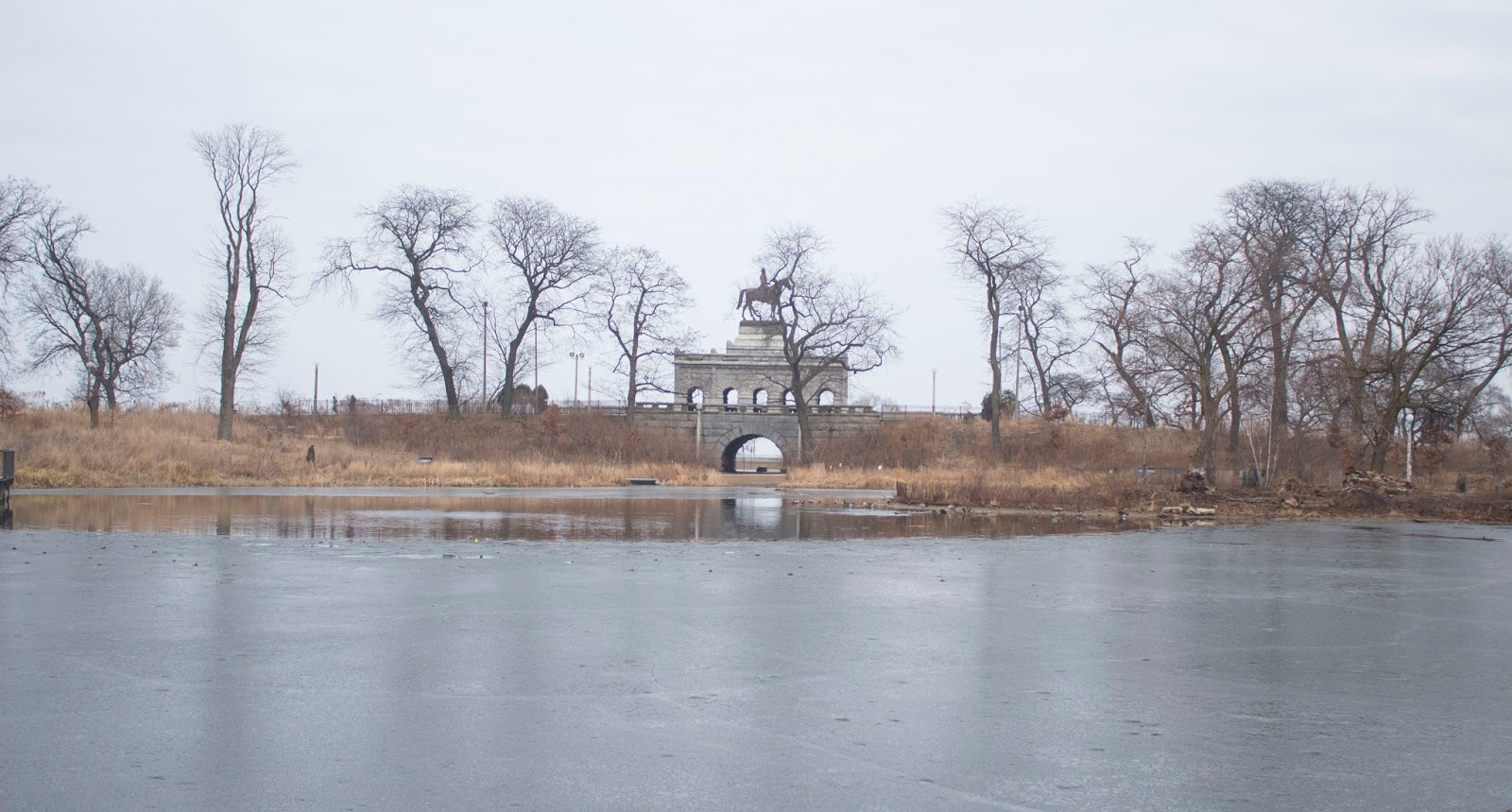 It’s time to talk about the important things, the truly amazing parts of my trip. All the food … and Snapple, how could I forget about the Snapple! 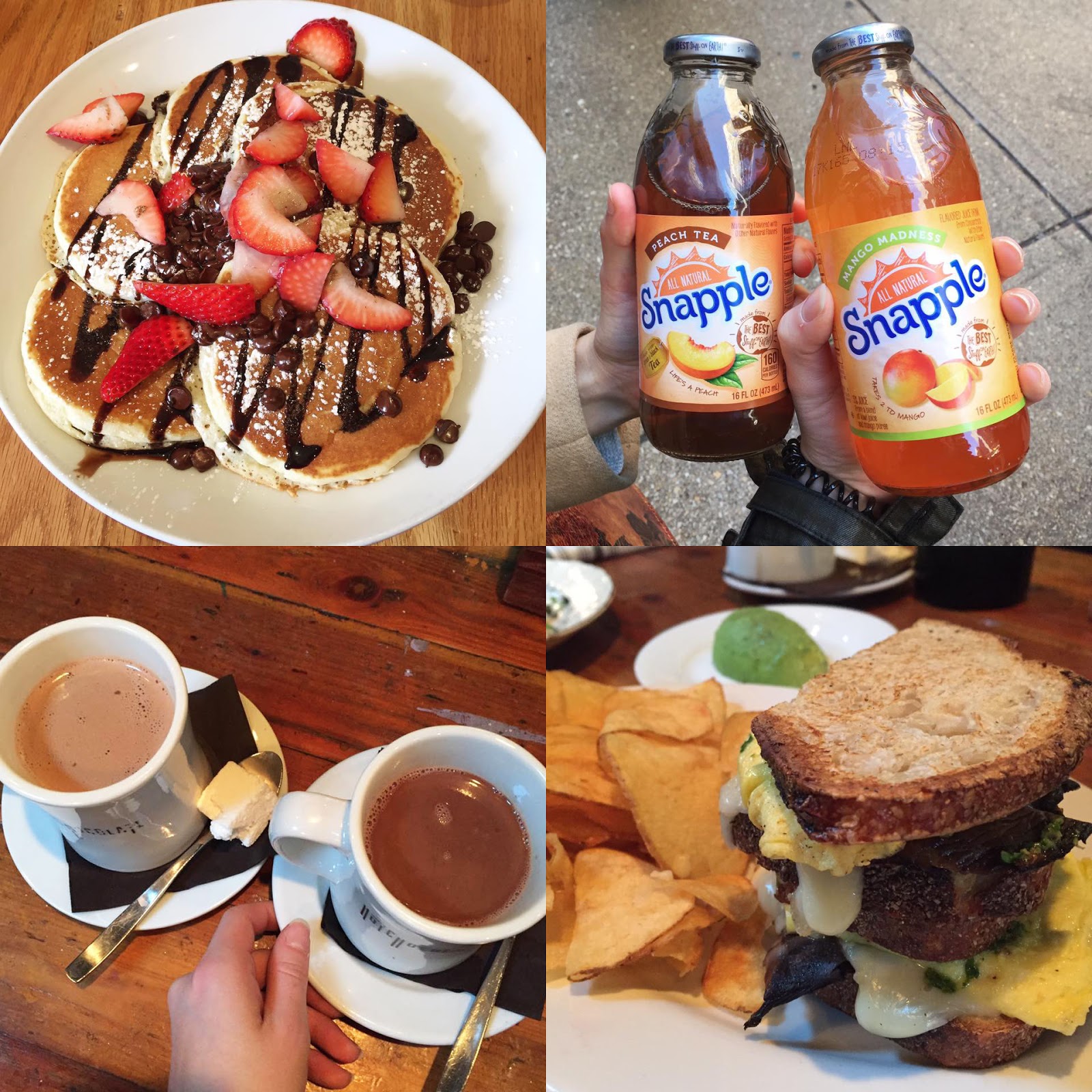 You can’t go to America and not have pancakes! George and I decided to go to Wildberry Pancakes as we had heard good things. I ordered chocolate chip pancakes with a side of strawberries and bacon, it was an unusual combination but it works!

Omg, if you’re a chocolate lover then you need to go for a hot chocolate at Mindy’s. There is a range of about 8 different variants to choose from and a variety of food and snacks. I had the Medium hot chocolate and it was sweet and so creamy, a little sickly after a while even for a chocoholic like me. George had the Chia one and it was just amazing. Food wise, I would definitely recommend anything with Avocado because Avo makes everything better!

We went to the French Markets a few times for lunch during the week when we were working as it was so close to the office. It’s quite awesome, there are so many different type of foods from various countries. From Sushi, Italian, Vietnamese, Chinese and so many more. It gets very busy because there are lots of options but definitely worth looking at.

Pearl
After work one day we went to Pearl for food, it was so busy. I decided to try and be healthy and had a cob salad with grilled chicken and oh it was so good! One of my colleagues ordered a chicken parminagno which was huge, it came on a sub and also had chips! That was enough food for 3 meals in my opinion!

I don’t know about you but I love Sushi. George and I were told about Sunda and it was so good. Everything was cooked to perfection and I wanted to eat more but I was super full. The one thing I would recommend is the Tiger Shrimp Tempura in creamy honey aioli, now they are the best prawns I’ve ever had.

You can’t go to Chicago and not have a deep dish pizza, we were told that the best place to go is Lou Malnati’s. I thought it would be like any pizza you get in the UK but oh was I wrong. The best way to describe it would be its more like a pizza within a pie crust. You either love or hate it!