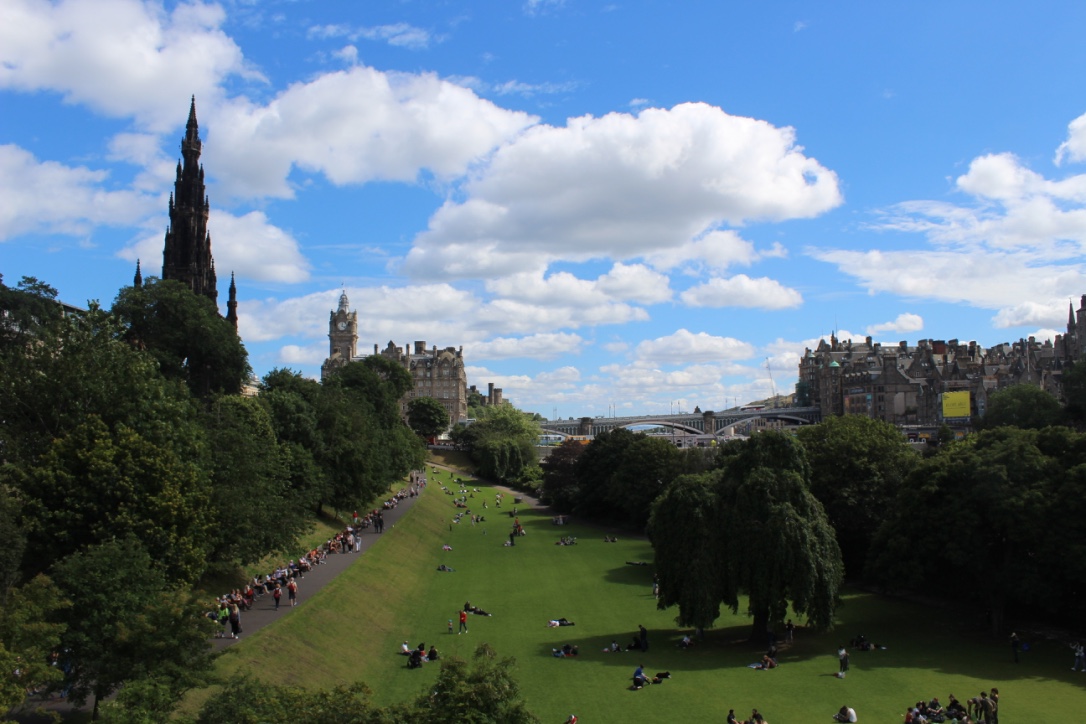 I left Edinburgh a few days ago after spending 5 days there with friends from
overseas. None of us had ever been to Scotland and thought it would be a nice
little getaway to catch up and spend some time together since we hadn’t seen
each other for over a year!

I
wasn’t sure what to expect from this city as I had heard mixed reviews, one
piece of advise I would give you is remember your rain coat as you will need
it! Most of the days it rained for at least an hour, although this didn’t ruin
our trip we just adapted to the cold and wet weather. Other than that it was a
great trip.

One
thing I do have to say is if the Fringe Festival wasn’t on I think we would
have been lost of things to do, Edinburgh is only so big afterall. If you are
going outside of August I would suggest 3 days is enough to see what the city
has to offer. Luckily the Fringe Festival was on so we had plenty to do! For
those of you who don’t know the Fringe Festival is on for the entire month of
August in Edinburgh and features musicals, comedians, magic acts, cabrets and
music acts so there is plenty to choose from. The atmosphere for all these events was amazing! All the acts would perform on the streets to get everyone’s attention so you could “try before you buy” in a way. Another great thing about this festival is a lot of acts are free to watch and you simply pay what you think
the show is worth. We saw quite a few acts including Laura London (magician),
Abi Roberts (Comedian) and Elf Lyons (Comedian) and a few more. Spring Awakening the musical was the only performance we pre-booked and paid for beforehand, it was well worth it. The cast gave an incredible performance and were extremely talented, if you’re heading to Edinburgh this month I would suggest you put this musical on your list of things to do as you won’t be disappointed! 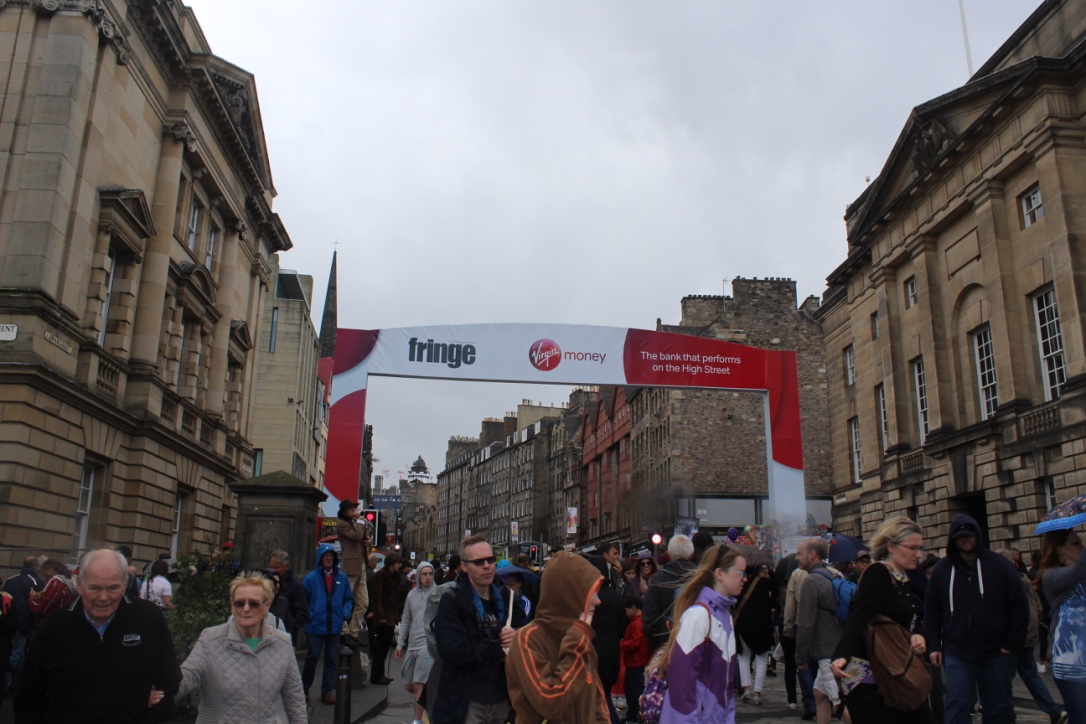 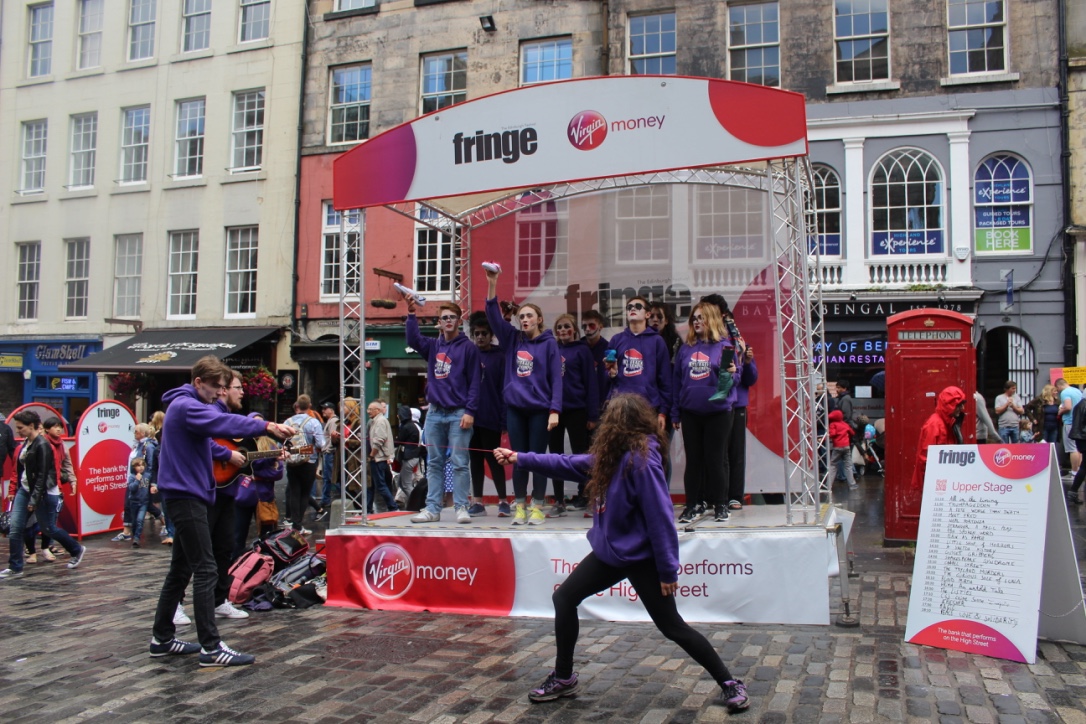 Since Fringe was on there was also loads of markets to purchase some lovely little souvenirs for friends and family. There was also outdoor marquees where live music was played and you could get some street food and have a few cheeky drinks. 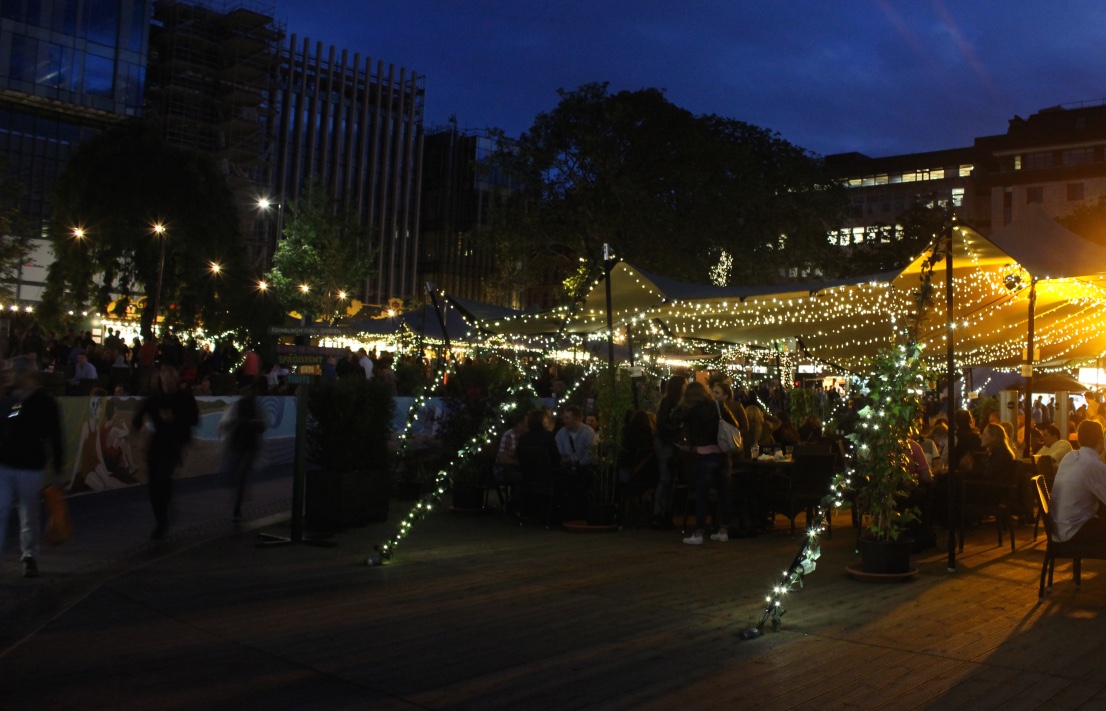 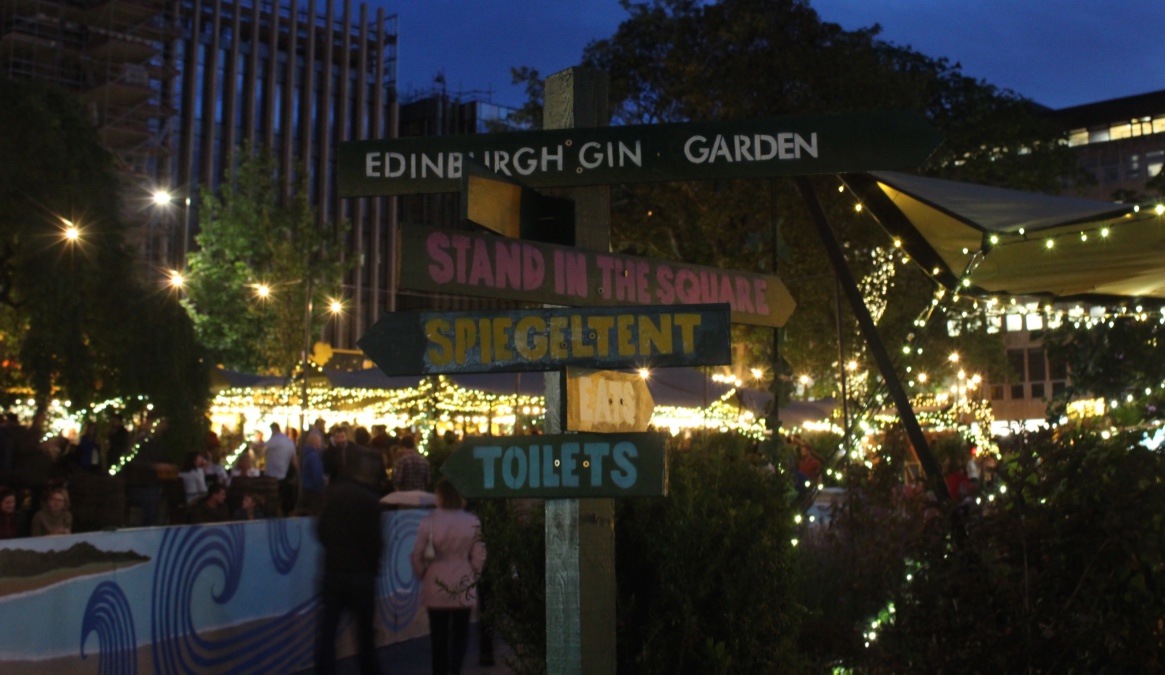 If
you enjoy hiking then Authur’s Seat should be on your todo list while in
Edinburgh. Loz and I trekked up there about midday, we did attempt early
morning but other things easily distracted us beforehand. This hike would
normally take people about 2 hours at most, not for us, we stopped almost every
5 minutes to take photos and sit down now and again so it ended up taking just
short of 5 hours for us by the time we returned to the hostel. It’s great to take all these photos for memories, although
the pictures never do it justice. Half way up we decided to try and do dual
Yoga poses which was interesting, Loz is much more advanced in yoga than I plus
when you’re upside down it can be difficult to know your left from your right
aye! We finally got a few good shots before carrying on up the hill. We reached
the top and god was it windy!!!!! Gale force winds I’ll tell you that! I could
put almost all my bodyweight onto the wind and it would hold me up, although I didn’t
follow this through completely as I would have injured myself knowing my
luck when the wind stops blowing. As we’re at the top Loz attempts to do some
yoga in this extremely strong wind and I couldn’t help but think
please don’t hurt yourself as it’s a long way down and I don’t think I’ve got
the strength to carry both of us haha! After she stops giving me a heart attack
we head down the hill through these beautiful flowers and a view just as nice.
We went through little foot paths which had netals either side so I got stung a
lot, this wasn’t ideally. After we did some rock climbing to get down as I
think we took a path not often taken, we made it to the bottom safely with no known injuries! 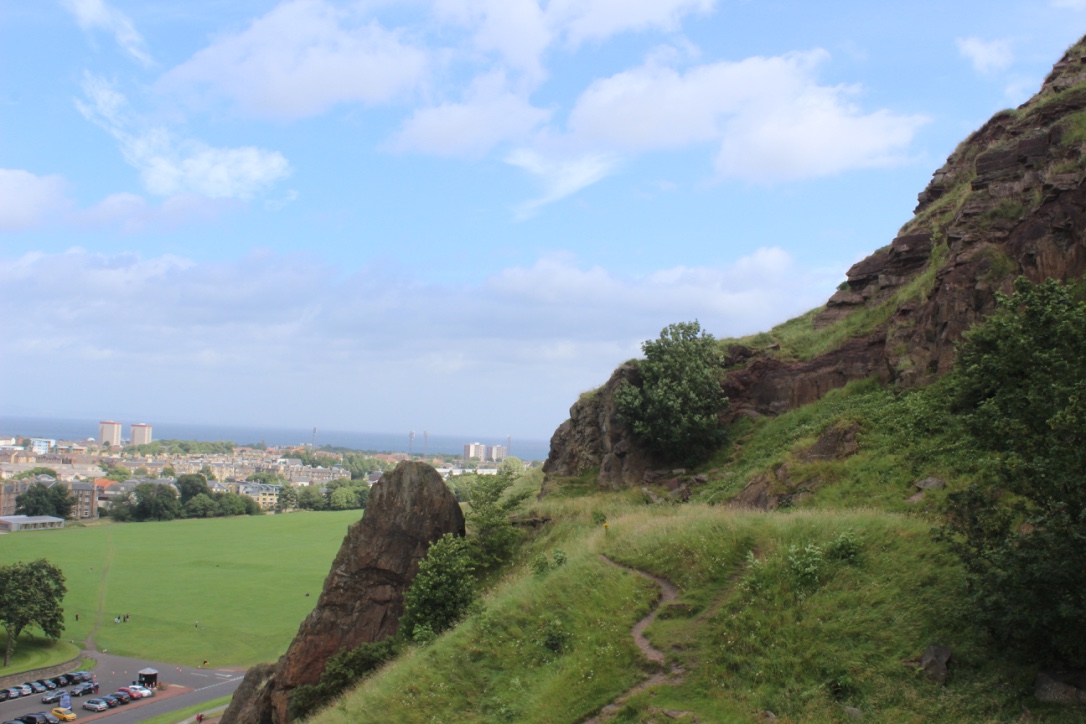 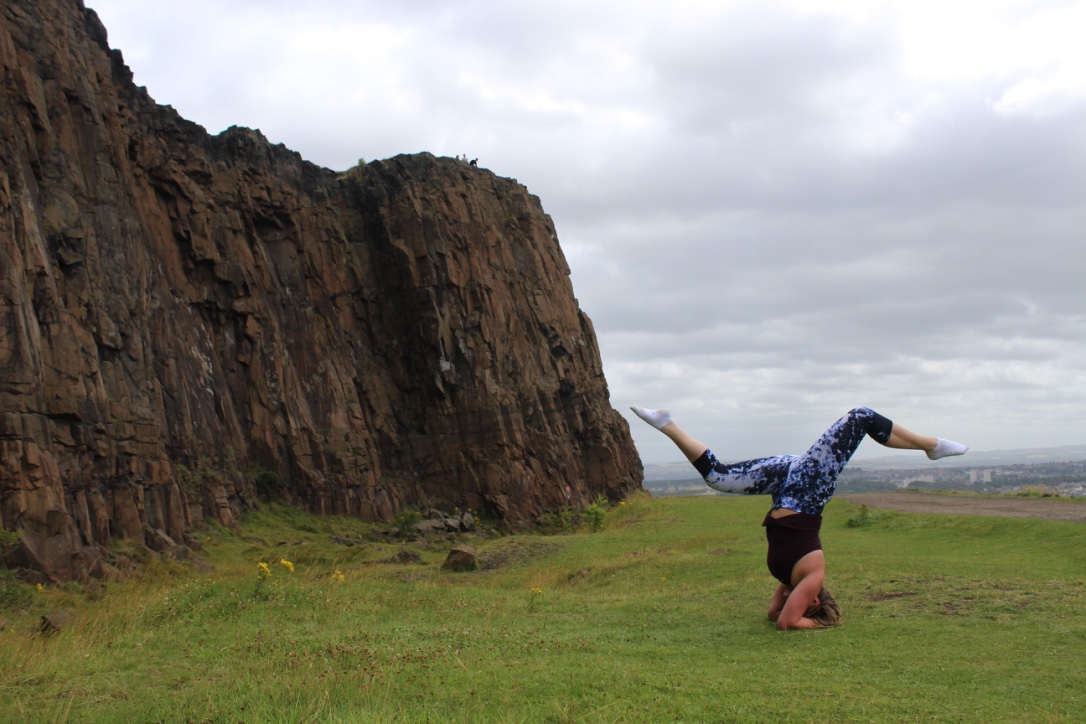 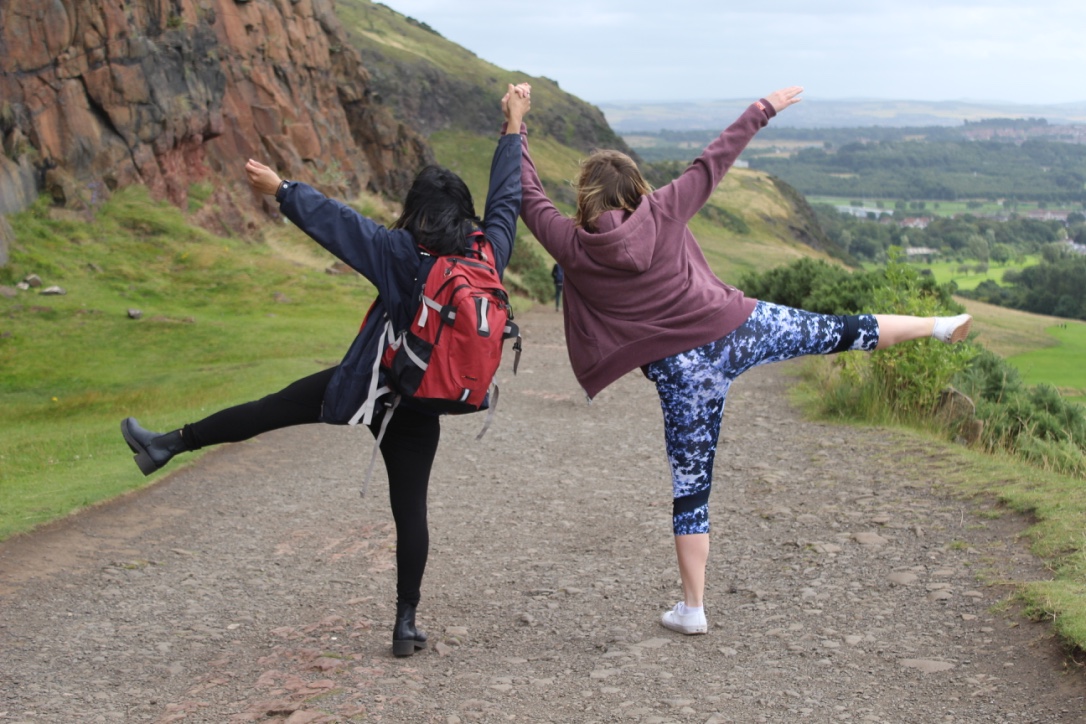 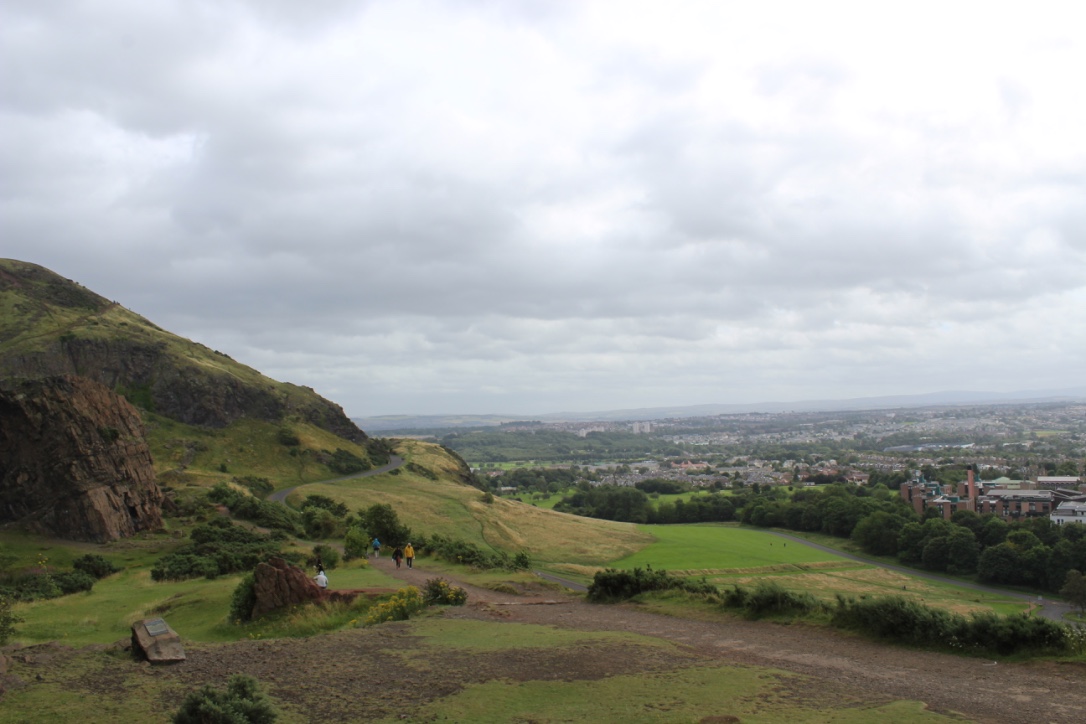 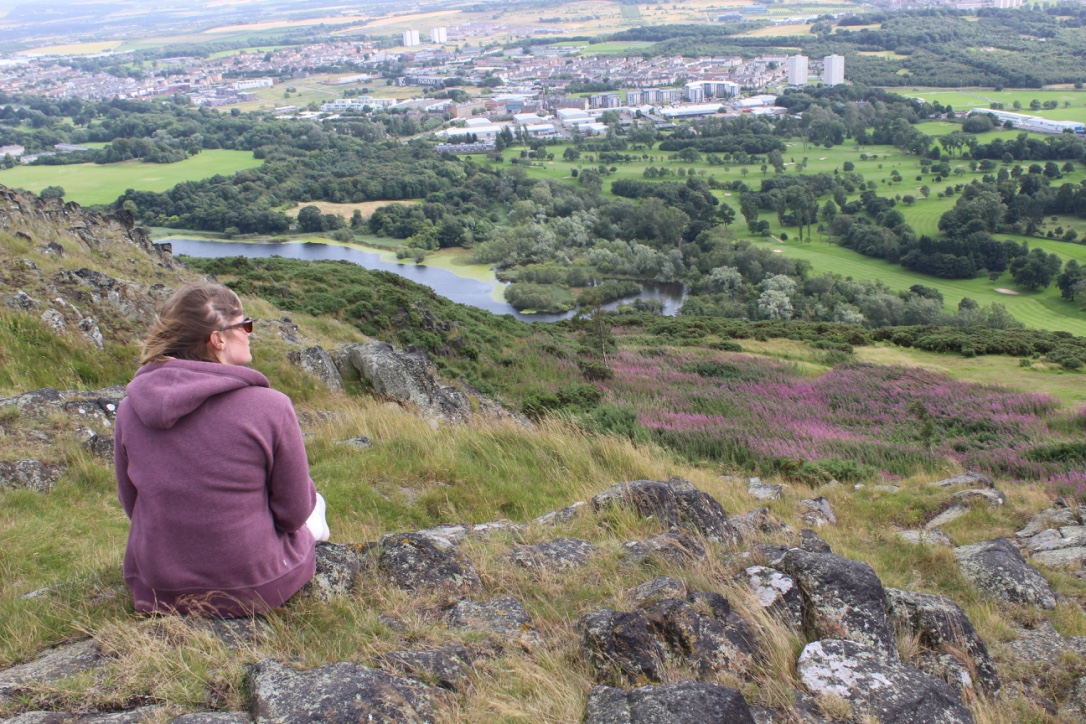 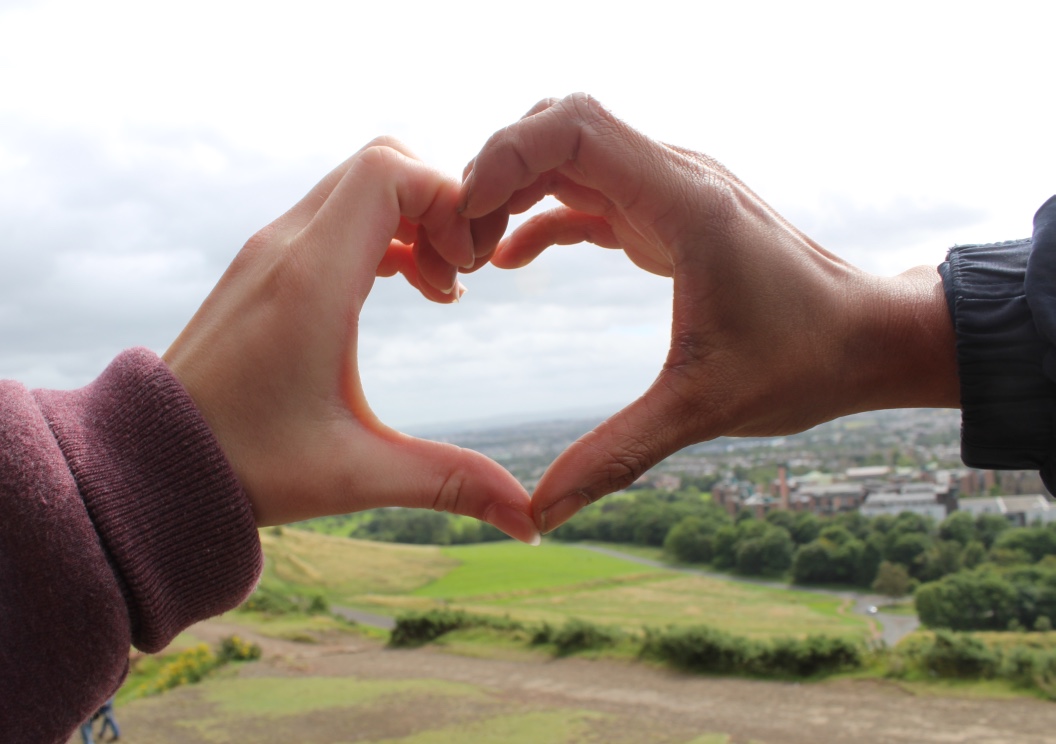 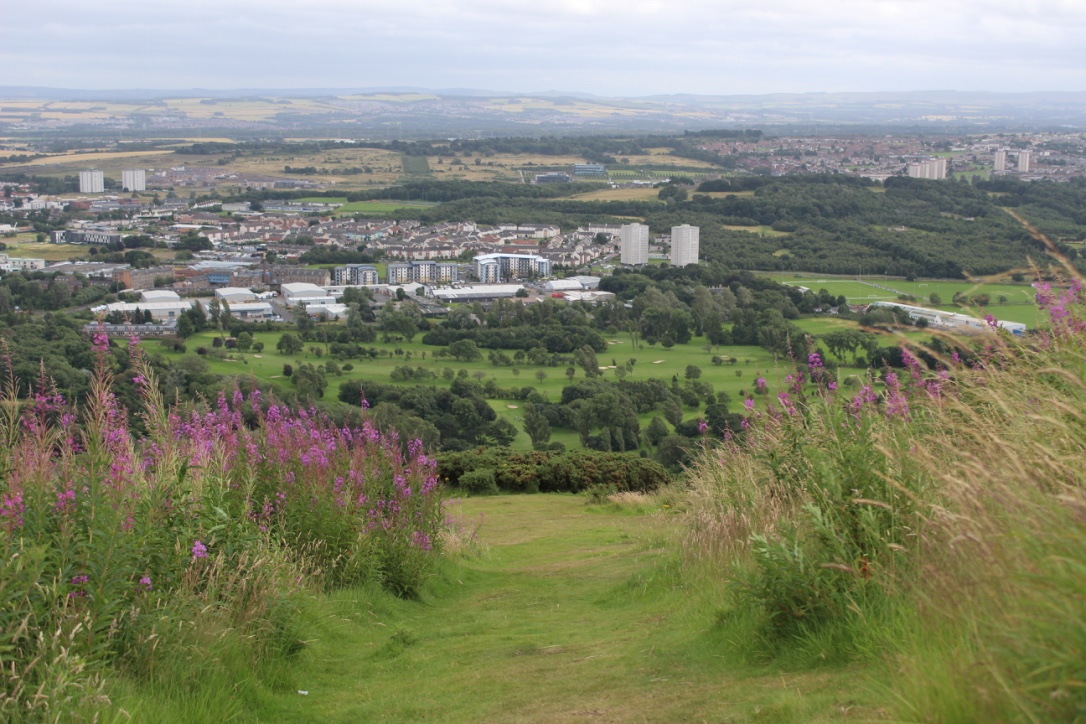 This
is located in the centre of the city, if you enjoy architecture it’s a great
monument to explore.

This is another beautiful building that I would suggest you go and see, I didn’t pay to go inside but I’ve heard its pretty amazing.

Personally
I didn’t go into Edinburgh castle and only went to view the outside, the castle
itself is beautiful. Loz and Aroha both paid to go inside and said it was worth
it but was smaller than they imagined. 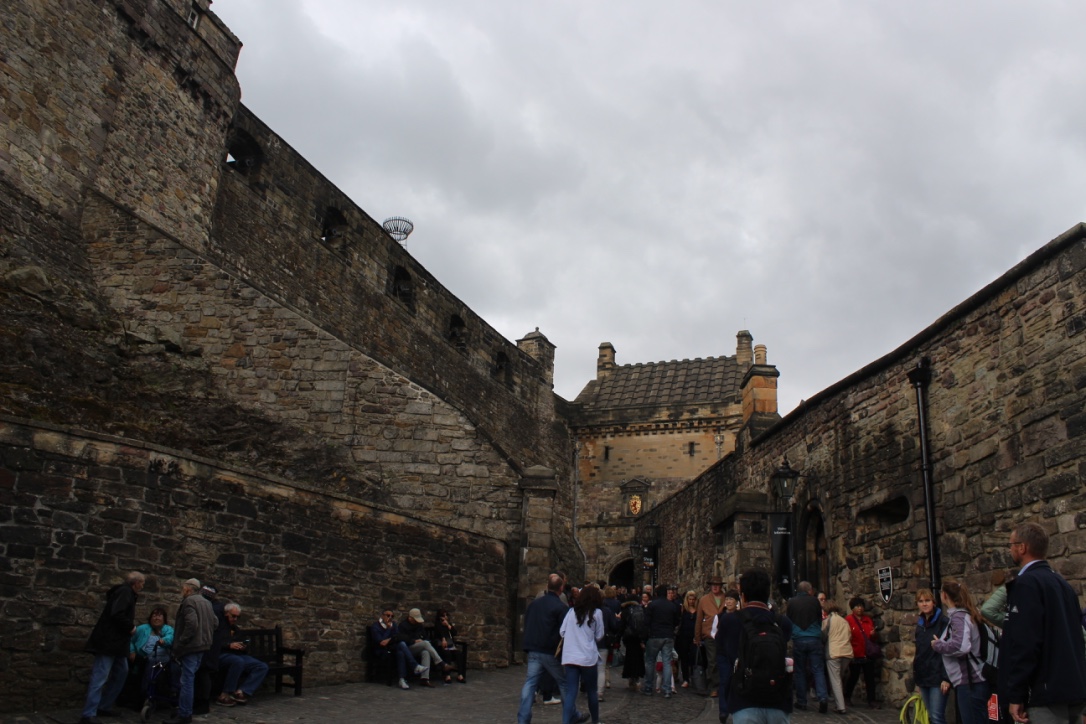 I
love visiting Botanical Gardens, you always know there will be something beautiful to look at. There were so
many pretty flowers and mini waterfalls, it was so peaceful strolling around
this place. Loz and I found a huge tree that we obviously had to take
a few photos as always! 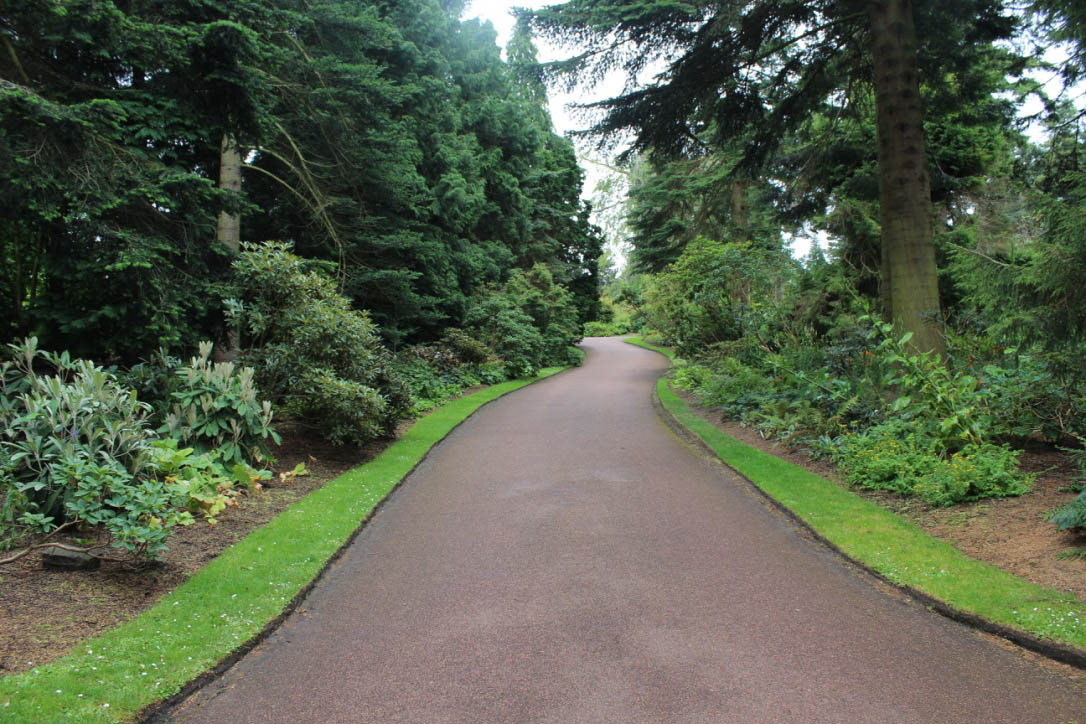 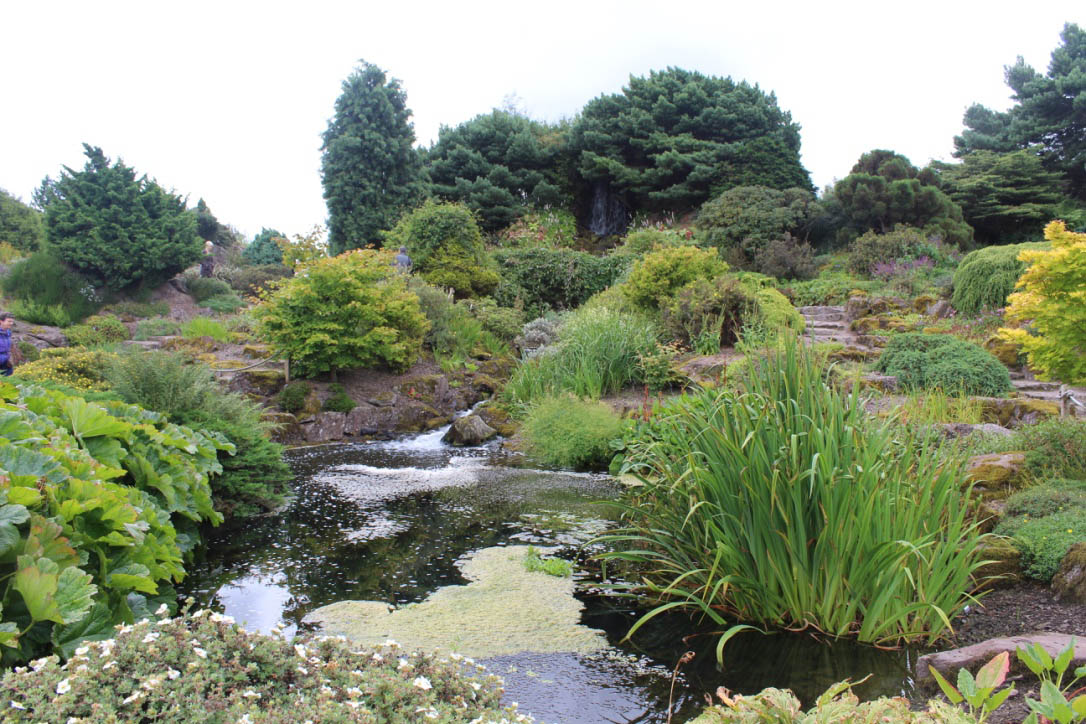 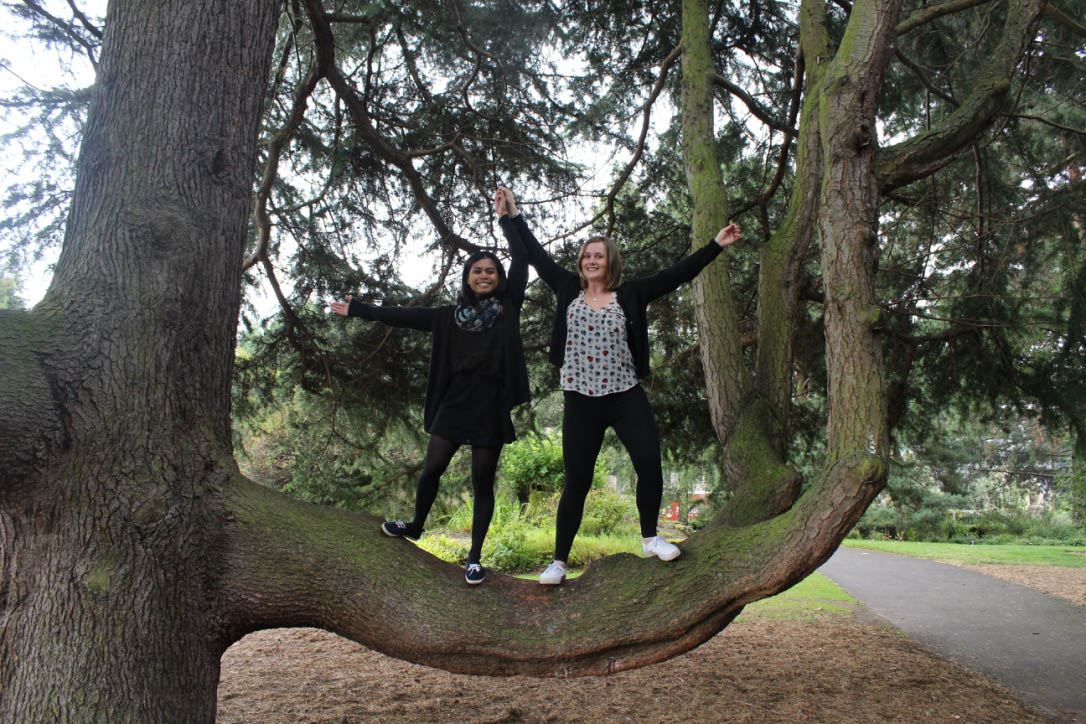 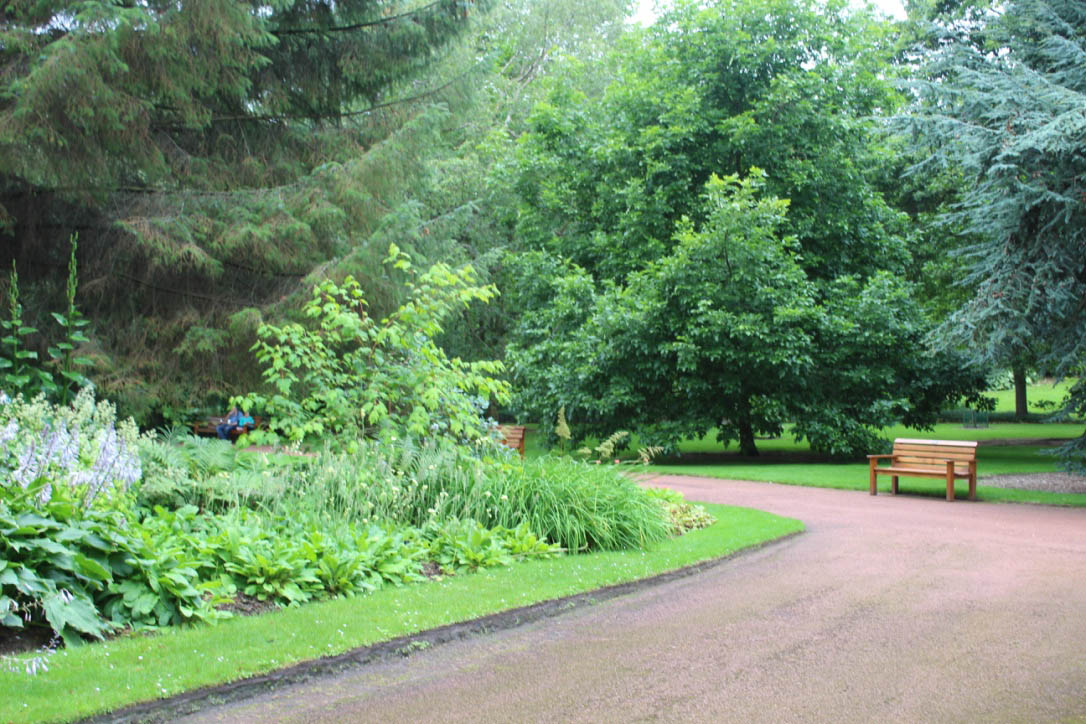 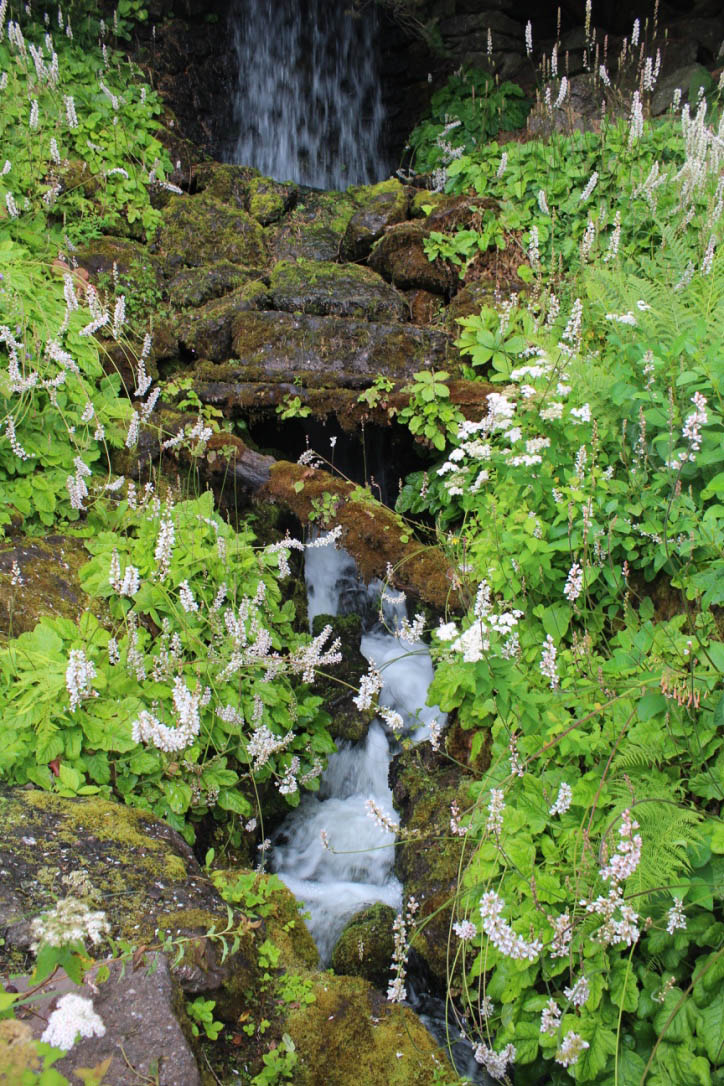 Why
not get out of the city for a day and explore a few places around Edinburgh, we
decided to book a day tour around the highlands and up to Loch Ness. We got to
see some beautiful scenery along the way although we weren’t expecting to spend
so much time on the coach. We did stop occasionally for 5 minutes to take some
photos but not enough in my opinion. To be honest this tour was not worth the money
as it was £46 per person, we were told it also included lunch and a boat tour
of Loch Ness, which it didn’t and these were added extras. 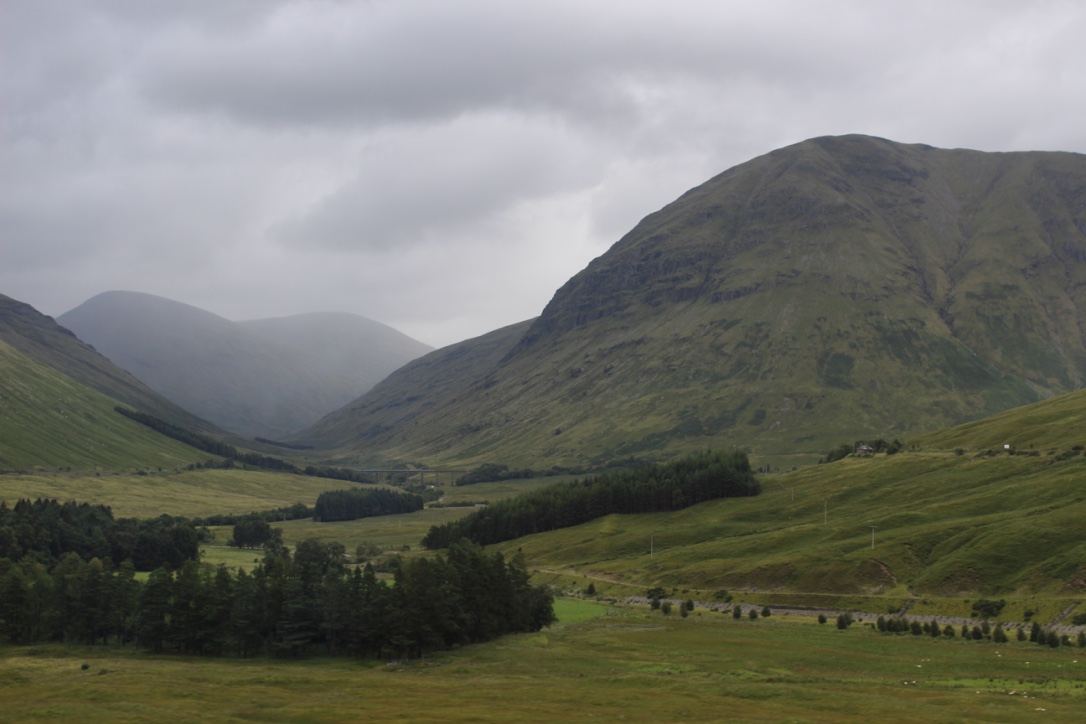 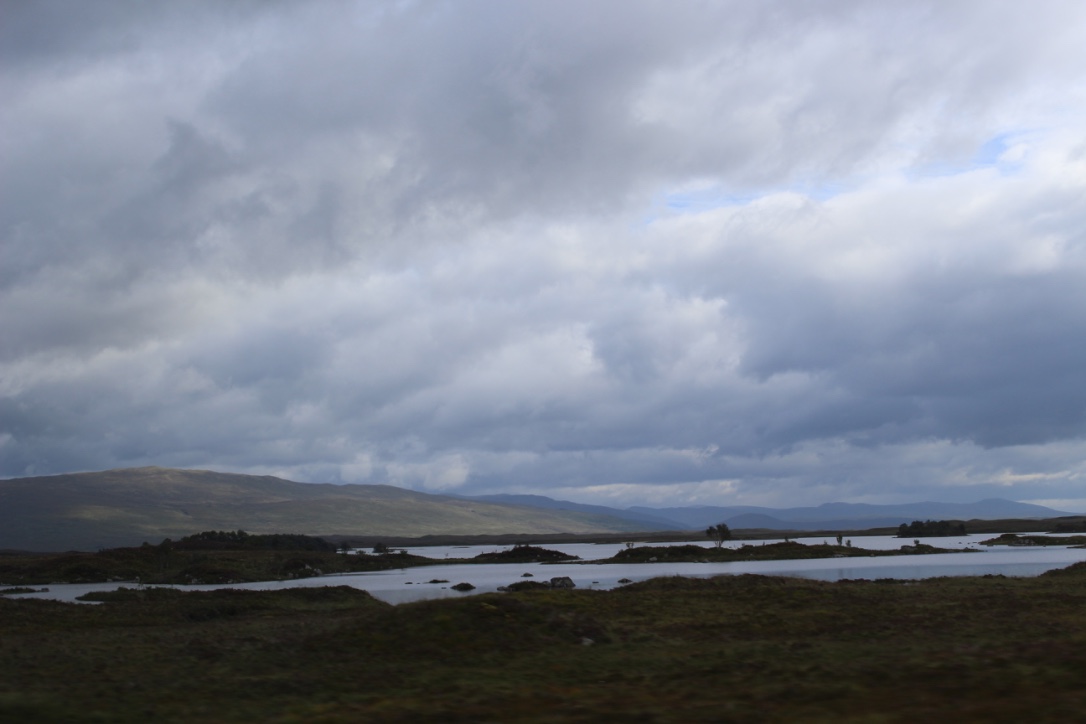 I
wouldn’t have know about this amazing place if it wasn’t for my mother, she
suggested we go here for drinks. As always mother has all the great ideas, it was indeed a pretty place, very relaxed and they made gorgeous
cocktails. This is also a hotel so it might be an option for the next time I
visit. Although since I didn’t expect to be taking photos I didn’t have my camera, it was dark and my iPhone photos didn’t turn out the best.

The Elephant Café
For
those of you who don’t know the Elephant Café is where J.K. Rowling got the
inspiration for the first Harry Potter book. It’s said that she would come to
the café to write and only order one cup of coffee and made it last as that’s
all she could afford. She would always choose the table by the window so she
could look outside and let her imagination run wild. You can tell that she did indeed get the
inspiration for Hogwarts from Edinburgh castle as they have a lot of
similarities, she also took other little bits from Edinburgh for the book so it
was amazing to see where everything came from. 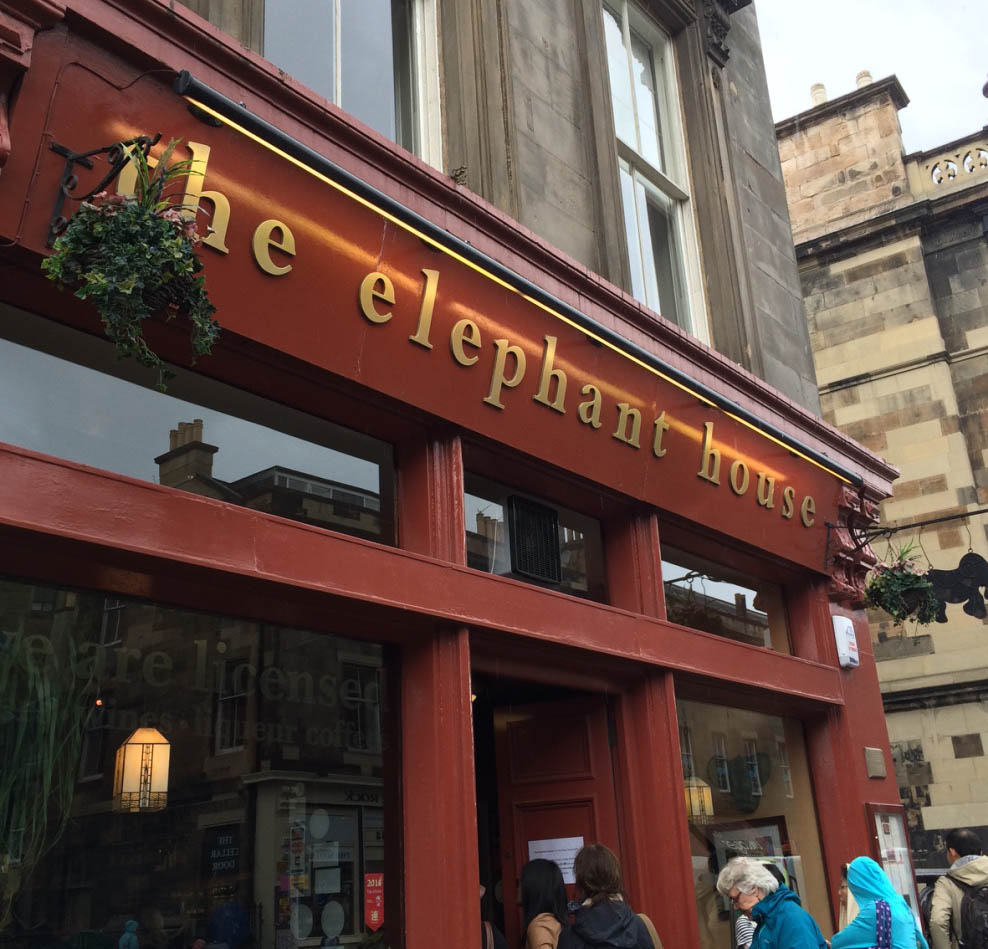 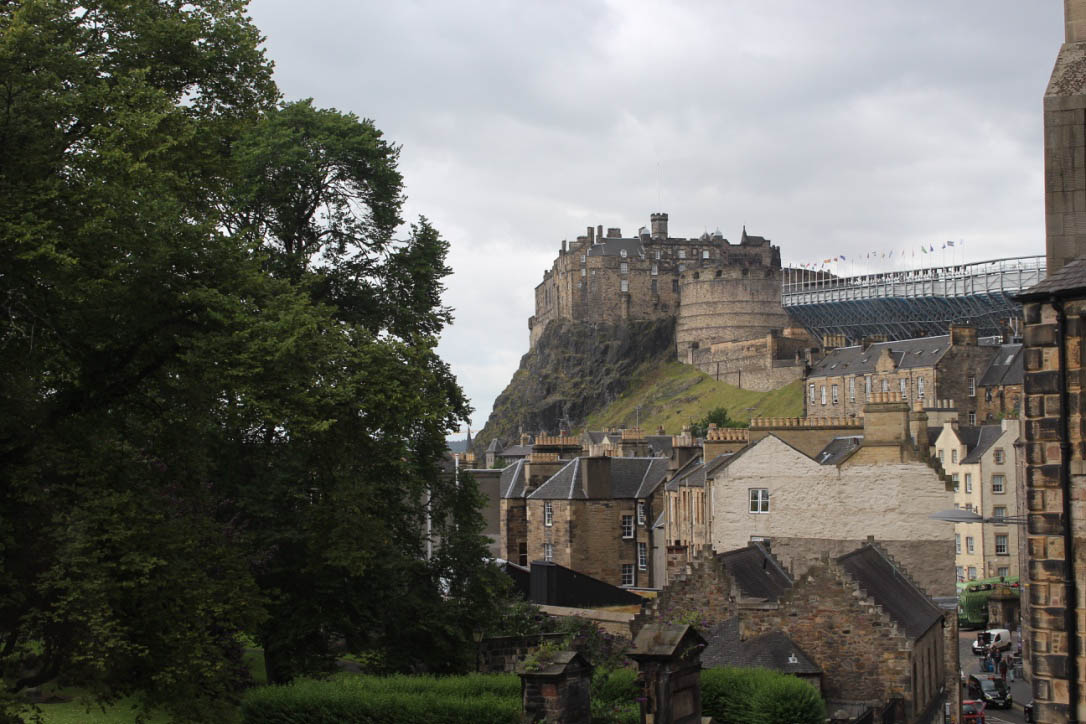 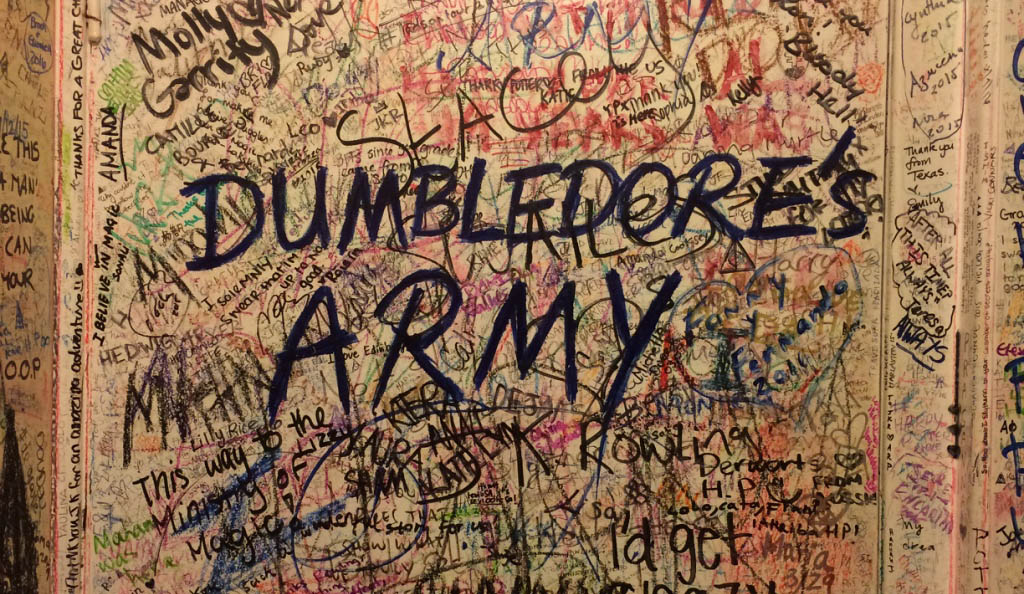